Here is the map of the second level of the dungeon. 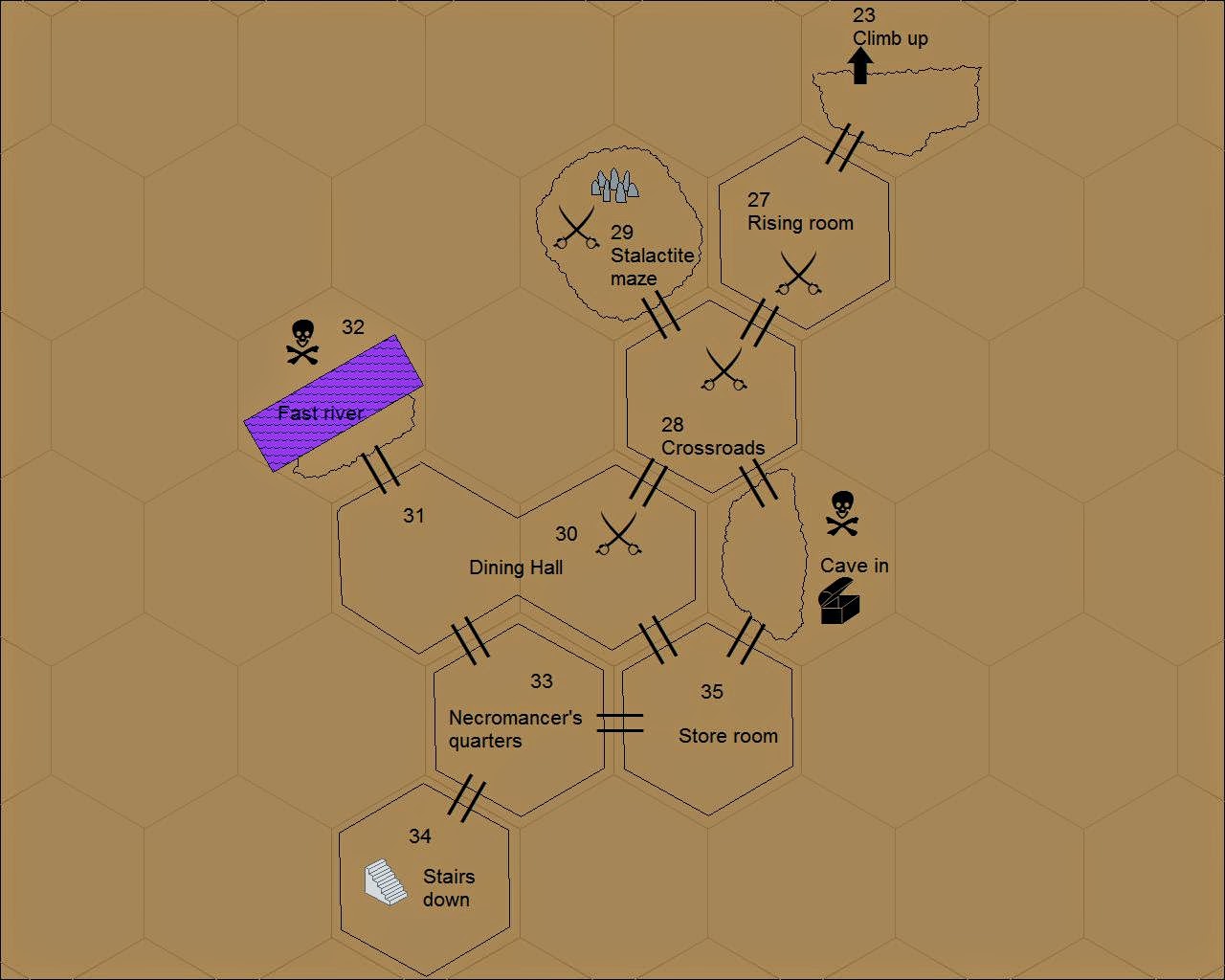 Oolong tried to descend down to the pit as quiet as possible, but it was too hard even for her. Her presence was noticed.
Upon entering room 27 (a place used for the creation of the undead), she met the necromancer again, this time accompanied by 2 zombies and 6 skeletons.
Necromancer casts Assuming the Flesh of Mists (or simple to say invisibility) and runs away, confident that his minions will eliminate our hero.
But here, Oolong learned how to use the wizards stuff acquired earlier. The Sovereign Sign against Evil spell from the staff allows her to stop the battle whenever she gets wounded, bandage her wounds and than continue the fight. Of course, this tactic works only against unnatural creatures such as undead or Red Tide spawn, and can not be used against natural foes like humans or animals, since they are unaffected by the spell (so it is of no use against cultists in the garden, sigh).
But even with the help from the staff, this was difficult fight, and Oolong won it by loosing 2 points of health that can't be recovered until she rests for a day.
Necromancer left nothing to chance, so he left some more minions behind. So, crossroads (28) were home for 2 zombies and one skeleton, in stalactite maze (29) Oolong met additional 3 zombies, and finally, in dining hall (30) 3 zombies and 3 skeletons.
After eliminating all undead, Oolong continued to explore. North from the dining room she stepped into underground river, with strong current. Thanks to her dexterity and Superb Balance trait, she saved from falling into the waters.
South from the dining room were necromancer's quarters, but they were empty. Necromancer was nowhere to be found.
Further south Oolong found stairs down, into the third level of the dungeon. She decided to leave them for later.
Room 35 was a store room connected with the dining room. Some food was available on the shelves, but it smelled so horribly that Oolong decided better not to touch it.
Final room on this level (36) was another caved in cave. And once again, Oolong noticed something behind the rocks. She puled it out, avoiding the falling stones (successful save) and it turned out to be a peace of precious jewelry 500gp worth.

Finally, Oolong returned to level 1 and into wizard's home to rest and return to the full strength. She is now ready to explore level 3.