This is one of my first trials of 8th edition of WFB.
Encounter involves 1000 points of Tomb Kings against 1000 points of Skaven (this is new army for me, so it is yet to be painted). I played both sides.
After rolling for terrain, I received 2 hills, forest, sorcerous portal, wyrding well and settlement of order with dwarf brewhouse. 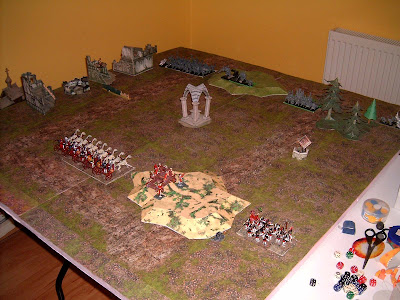 TK take the first turn. Skaven fail to dispel incantation of righteous smiting, so catapult gets to shoot in magic phase. It's a hit and it kills 7 skaven in clanrat horde. Clanrats pass panic test.
In shooting phase, catapult misfires, and loses one crew member.
Skaven march forward. Sorcerous portal casts Speed of light on horde. 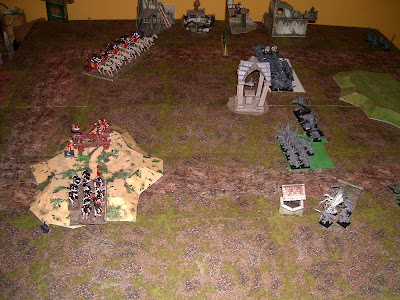 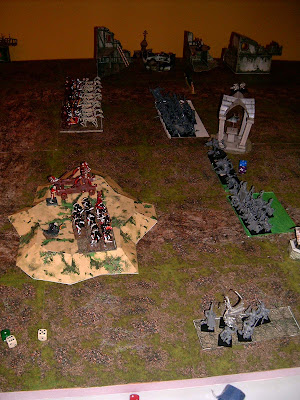 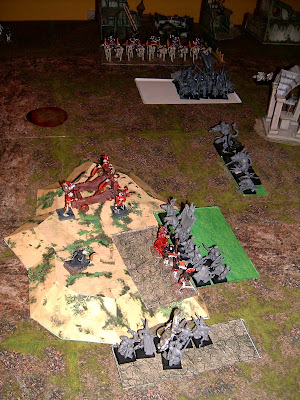 In magic phase priest casts incantation of summoning, but only 1 tomb guard is resurrected.
In shooting phase catapult tries to hit rattling gun, but misfires and crumbles into dust, destroyed.
Chariots charge clanrats. Clanrats pass fear test, but at the end lose by 2. They have more ranks so they are Steadfast and use their natural leadership, that is 9 at the moment. But rats roll double 6, so they run (and leave the standard behind! This is the first leadership test Skaven failed so far!). Their flee roll is 7, and chasing chariots also roll 7. Thanks to Scurry Away! rule, clanrats are safe for the moment!
On the right front, gutter runners pass fear test. Assassin calls for challenge, and Tomb King takes it. Assassin attacks first but scores only 1 wound, but then TK scores 2 wounds, killing Skaven Hero. In the end, TK lose CC by 1.
In their turn, clanrats relly. Rat ogres pass leadership (natural 6!) so they march towards chariots.
Rattling gun shoots, but misfires and shoots in random direction. Lucky for them, random direction is straight into chariots, so it causes 1 wound.
Once again, gutter runners pass fear test. And again, tomb guards lose CC by 1. Only the king and guard champion are left standing!
Sorcerous portal casts Wildform on Clan rats. 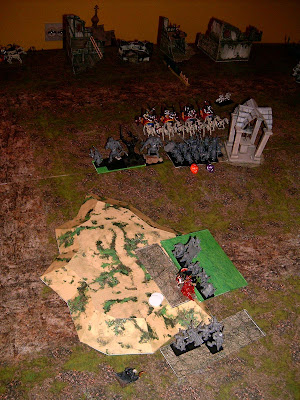 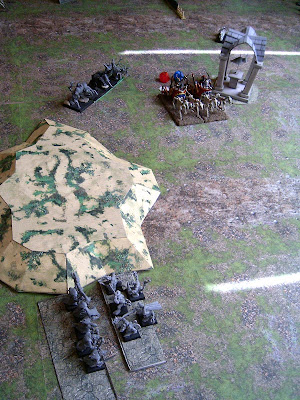 Chariots try to charge gutter runners, but they fail.
Rat Ogres charge the chariots but fail to destroy them.
This is the end of turn 6, and therefore end of game. 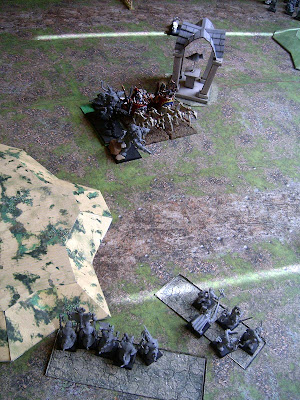 At the end, Skaven vs Tomb Kings - 874:701. 173 points more for Skaven. According to the 8th edition rules this is the draw. By 7th edition, this would be minor victory for Skaven....
Posted by Aleksandar Šaranac at 11:16 PM No comments: 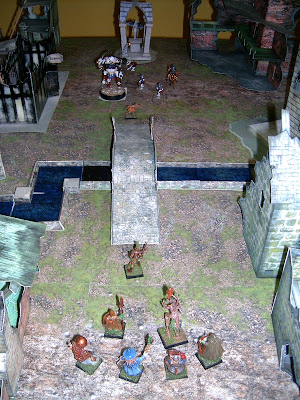 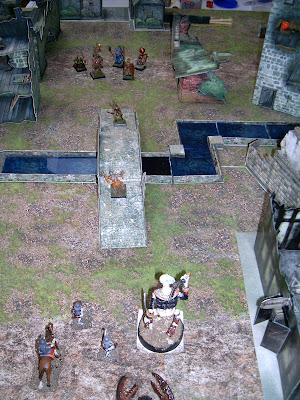 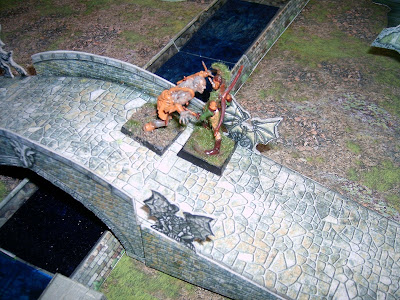 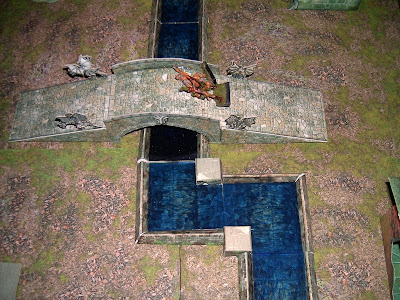 Posted by Aleksandar Šaranac at 7:35 PM No comments:

This is report from solo RPG session using Mythic GM emulator and Trail of Cthulhu rulebook.