While Oldbook explores the mountains, his companion from previous adventures, half-orc cleric Grom, has a problem of his own.

After joining Oldbook on (unauthorized) excursion to the dungeons beneath the city, monastery elders ordered Grom to purify himself with ritual passage through the Temple of the Waterfall. 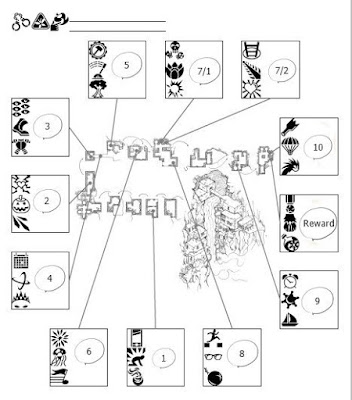 Grom arrived to the Temple of the Waterfall in the morning. He entered the temple, said his prayers, and prepared himself for the challenges ahead. Then, he climb to the second level of the temple.
1.As Grom entered the room he was overpowered by heavy scent. His body started feeling heavy (failed constitution test) and he felt on his knees in front of the sculpture of some deity. Cleric gathered all his strength (successful strength test rolled with disadvantage) and crawled out of the room.
2. Grom passed through several empty levels and reached the building overlooking the waterfall. Suddenly, he was overflowed by unreasonable fear. He tried to convince himself that there is nothing to be afraid of, but failed, and so he bowed his hed and rushed out, bumping at things found on his way (failed wisdom test against fear, 2 HP lost).
3.  Next room seemed to have a statue of the Beholder carved at the wall. Suddenly, beholder came to life, and caste slowing ray that hit our hero. Lucky for Grom, beholder missed all its attacks, so the cleric, although slowed, managed to walk out of the room and out of the monsters reach.
4. On the bridge across the waterfall Grom encountered a Blink Dog. Cleric (still slowed) tried to reason with the creature, but Dog seemed in the mood for fight and attacked first. The battle was rather short, since dog dissapeared as soon as Grom managed to hit it for the first time.
5. The road into the second part of the temple was closed by a door. Door seemed to be opened by the strange mechanism requiring knowledge in both arcana and nature to operate. But Grom was not smart enough to do that (failed intelligence Arcana and Nature tests). So, he just set by the door and started meditating, until they opened seemingly by themselves.
6. The gate was actually opened by a Flumph, ancient creature who lived in the temple. Flumph asked Grom to read the prayer written on the wall and to sing it. Cleric actually recognized the prayer (successful religion test) but his performance (failed test) was so terrible that Flumph started laughing. "OK, it is enough", said the creature. "Take some rest here. I will take care that nothing happen to you why you sleep. Then move on."
7. Well rested, Grom prepared for next challenge - passing triathlon (free climb - strength, fast run - dexterity and long run - constitution) by achieving requested results. But while he was preparing, strange flower in his changing room started emitting some poisons. Grom stopped the breathing and left the room, avoiding getting poisoned. He reported this event to the judge priest but he just smiled and told him to start with the test  (I am using again Archery contest rules  requiring from my hero  to achieve 3 points in each discipline. He made it in STR, but failed in both CON and DEX). Cleric was strong enough to climb up the ledge, but grew tired and could not run as fast or as long as required. "You tried, so you are getting purified", the priest said. "It is not possible to succeed every time."
8. Grom hoped for some rest, but the next chamber contained a trap - ball and a chain swinged from one of the walls. Cleric noticed trap on time, but was to slow to avoid it (lost 2HP).
9. Descending one more level, our hero started feeling sleepy. He knew he needed the rest, but not that much, so he recognized his condition (successful wisdom test) for what it really is - another trap. So he gathered his wits and moved on.
10.  As he descended to the final level of the Temple, Grom noticed a priest from above throwing him a bottle of healing potion. He managed to catch it, and it revived our hero to full strength. Just in time, since Giant Badger was running his way ready to attack. Battling this creature was not an easy task for the first level Cleric, but somehow he made it and finally animal was dead. Grom was exhausted, but he knew that the trails are at the end.
He entered the next room, where the head priest proclaimed him officially purified, and presented him a purification seal (trinket) as a proof.
Grom was also awarded with the Cure wounds spell scroll, that he will keep for the next adventure.
He also accumulated enough experience to reach level 2.

And so, we part ways with Grom the cleric for now. We will probably see him again once Oldbook the Bard starts needing his help, or when the new occasion for spin-off adventure arises.
Posted by Aleksandar Šaranac at 2:30 PM 1 comment: 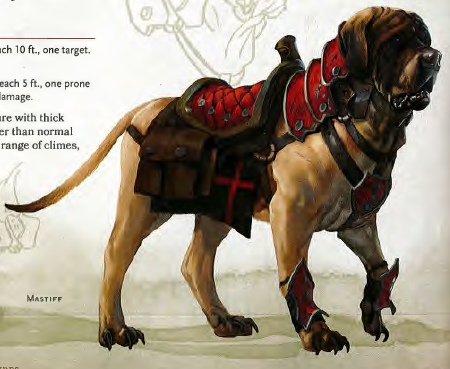