Recently I have acquired some French Imperial Guard models from old Esci 214 set as adition to the models from Zvezda I purchased as soon as they appeared.
Good thing about Esci set is that detail is not so deep as in Zvezda set, and can be easily removed with hobby knife, that makes these model good for modeling other troop types.

Next to them is their relative from the Old Guard Grenadiers (Zvezda). 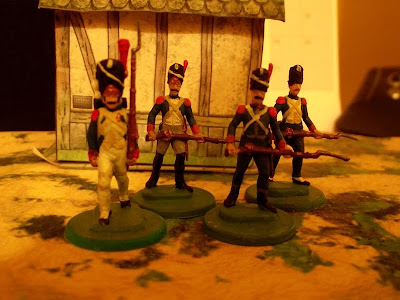 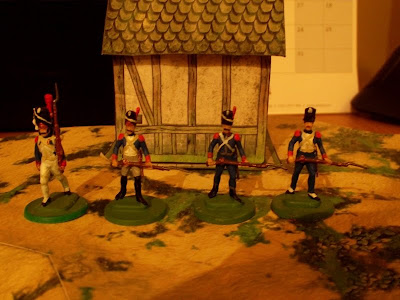 Posted by Aleksandar Šaranac at 8:56 AM No comments: