Q2. Rory's story cubes: Sea + Crab (pursuit)
Big Nothingness Crab (Dex 2) shows itself and starts chasing Booklet. As soon as he saw the crab, our hero started running, and few dice rolls later the crab was lost behind.
But Booklet gets tired from running (-1 action per round).

Q3. Rory's story cubes: Calculator + Give something + Ambulance car
3 more (D6 roll) crabs appeared out of nowhere (as if there is some somewhere around), picked up Booklet and started carrying him deeper into nothingness. Let was not harmed during the process (which can be probably be considered as miracle).
Booklet checked if there are some notes about Nothingness Crabs in the Book of Lore, but there was nothing.
Seeing that he can not resist Crabs, Let decided to try and sleep during the trip (remove the tired status).
Sudden stop awakened him. Crabs stopped by the (Rory's cubes: antenna + ordering at the bar + pointer) machine that looked like dimensional portal that could get Booklet out of nothingness. 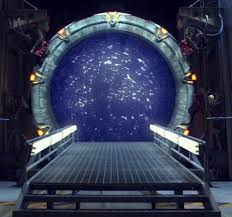 Q4.
Being curious about the machine, Booklet tried to operate it (wits test with target number 6. It uses manipulate boon. Rolled 6, 6, 5 and 3, success!). Machine started buzzing and Booklet was teleported out of nothingness into some something-ness.
There, he was greeted by a  mean looking (Rory's cubes: fairy + wolf + sword fighting) Fairy Wolver Fencer (created mixing stats from Fairy and Wolver monsters from FAL Creatures vol. 1 Book.) 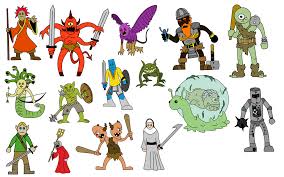 Thanks to the fact that Wolver missed, and Booklet rolled good and hit twice in a roll, Wolver was easily killed without a scratch on our hero.

Q5. Rory's story cubes: Cauldron + wigwam (betrayal/combat)
But then, Booklet realized that he is not where he wanted to be. Instead, he found himself deep within Abyssmalsphere, home of the demons. One Imp (stats from free Jargogles Bestiary) closed to attack the intruder.
After 9 rounds of combat, Imp was dead, and Let managed to escape with just some light wounds (9HP left), although wthout the aquarium helmet which was shattered during the fight.
Booklet consulted his book of Lore again, and learned (comedy/tragedy masks + walk + terrified face) where can the portal be found within the Abyssmalsphere. The book suggested that the portal is guarded, and that anyone who is not demon should try to approach it masked.
So, using spare imp parts, Let masked himself es demon.
First, he had to pass by the group of imp guards.
It is a wits test, with imps rolling 1 die for wits statistic and 1 additional die due to the fact that there is a group of creatures. Let will roll 3 dice for wits and one for manipulate boon. Let rolls 5, and imps roll ...5. Success for Booklet, but just due to the rule that ties are always resolved in favor of PC.
Imps looked suspiciously at masked booklet, but he kept his cool and just walked by. Even if some imp noticed something strange, he will soon forget about it, doing what imps usually do...
The next and final guard was a Tailless demon (WIT 3).
Booklet decided first to try and sneak past the guard (having 50/50 chance, I decided to go with the sneak first, because even if the first roll fails, there is a second 50/50 roll to see if the guard will see through the mask. But the first roll was a success, so there was no need to worry)
Guard was probably sleeping with eyes open, and Let passed him by with no problems.
Reaching dimensional machine, Booklet teleported himself out of Abyssmalsphere.

To be continued....
Posted by Aleksandar Šaranac at 11:34 AM