The root of all evil

When I start new project, I usually go for the evil army (the one that will be played by game mechanic) first. After that, I am still in the mood to paint some good guys to. I do not know if I would be willing to continue with the project other way around.

So, when I decided to make 10mm fantasy armies, I started with the evil side first.

And, without further delay, I present to you - THE HUMANS. 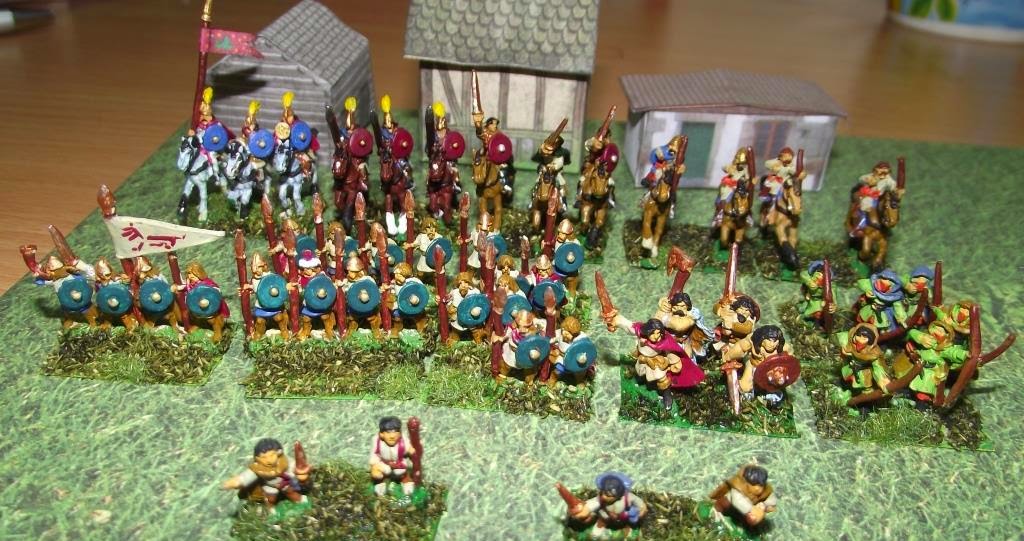 There are many fighting happy races in the world, but no one wakes sheer terror in the hearts of other races like Humans.
With their short life span, fast breeding and endless numbers, they are a face of pure evil.
While orcs may attack and rob, they will eventually return to their lands. But not humans. Humans will  not be satisfied until the last former occupant of the land they invaded is dead, and the lands settled by them.
And there is no place safe from them - from the highest mountains to the deepest caves, you will find human colonies.
These are the creatures mother-orcs scare their mischievous children with.

Picture above shows cavalry of the humans of the plains - cavalry general, knights, fighting cavalry and two units of horse skirmishers.

Infantry - foot general, 4 units of spears, one unit of barbarian warband (or eventually blades), 2 units of archers and 2 units of halfling foot skirmishers.

All models are from my favorite supplier of 10mm fantasy -  Copplestone castings.
Posted by Aleksandar Šaranac at 12:12 PM