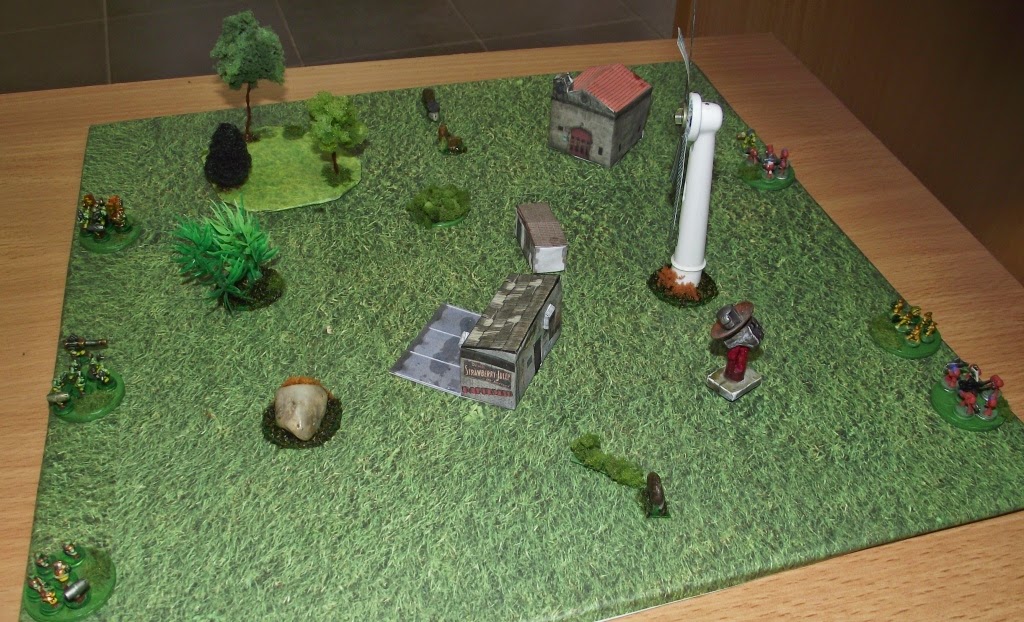 In turn one, my boys were unable to activate, so Star army moved first. Unit with enemy Star moved in sight of my second squad, won the test end eliminated my troops from the table.
Symons also activated and they came in sight with assault Zuh-Zuhs. My guys won the firefight this time, eliminating 4 Symmons and sending two of them running for cover. 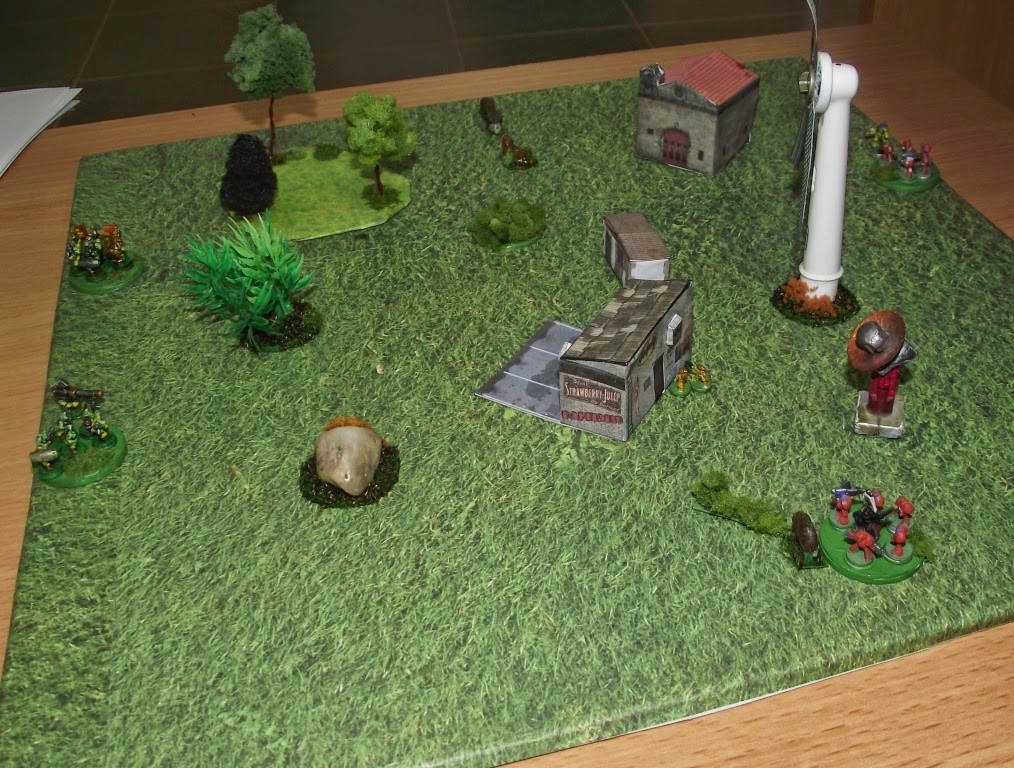 In turn 2, assault troops moved into forest to shoot at rep 3 troopers, and eliminated complete squad.
On the other side of the battlefield, Star army command squad involved into firefight with Zuh Zuh command, and scored better, managing to get OOF result on the Star (after star power dice were rolled) while loosing just one trooper. 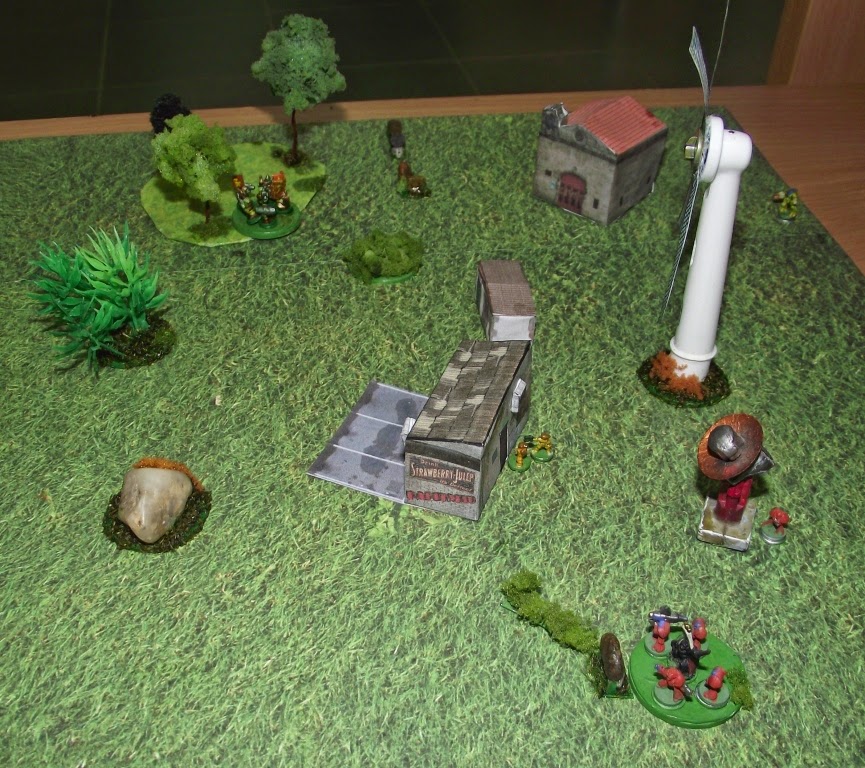 Left without the leader, monkey boys retreated from the battlefield.
Posted by Aleksandar Šaranac at 2:01 PM