﻿When I visited my parents house for Easter, I accidentally found my first miniatures ever. Then I realized I never wrote a blog post about them.
So, I took couple of photos, and here I am amending that mistake :)

Some 30 years ago, when I was in primary school, I started getting these toy soldiers, mostly from my grandparents and aunt.  At that time, they could be purchased in every decent toy shop. They were prepainted, and could approximately fit into 1/32 scale.

In a couple of years, I had more that 100 of them. In last 30 years they were heavily mistreated, they passed through unnumbered children hands, some got broken, most of them lost at least part of their paint, and some were lost when my family moved from city apartment to country house in 1996. So, this is all that is left of them.

But for a schoolboy back in 1980's, they were dream come true. I remember, in my class, there was I, and another boy named Bojan collecting toy soldiers. Often, after school, we used to arrange all our soldiers on the floor (we neither knew or cared about periods they come from) opposite to each other, and than wage wars bu shooting marvels at the enemy. The winner was the general with last man standing.

Than, some 20 years ago, at the university, I occasionally used some of these miniatures (these coming from medieval period and some Napoleonic soldiers with swords to represent humans, and Indians with bows or tomahawks to represent elfs) as part of RPG campaign I used to game master. The use was limited mostly to city encounters, since we had no miniatures to represent other fantasy races. 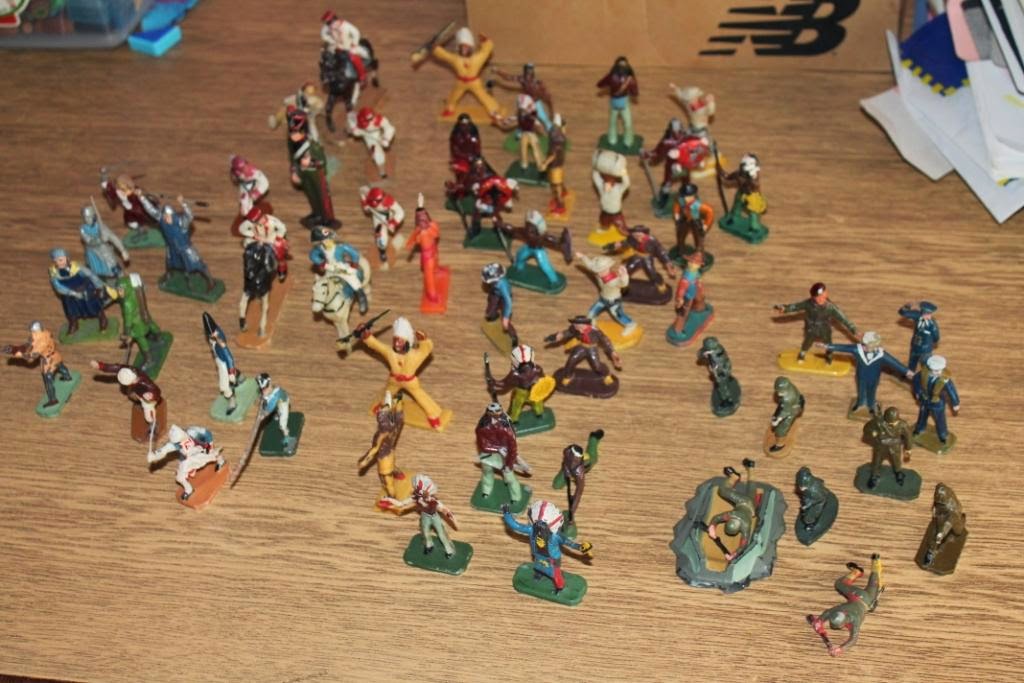 Finally, some 10 years ago, I was already collecting GW fantasy, and I completely forgot about my first toy soldiers.

﻿But here they are, returned from oblivion.
Do you remember your first miniatures?
Posted by Aleksandar Šaranac at 1:27 PM

Labels: Down the memory lane