Bananaman and the mixed magnetism (episode 1)

This is 29 Accacia Road, and this is Eric the schoolboy who leads an amazing double life. For when Eric eats a banana an amazing transformation occurs. Eric is Bananaman. Ever alert for the call to action! 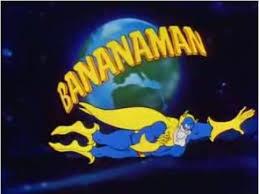 Q1 (Rory story cubes: Fear, Magnet)
Doctor Gloom made his new hell device - huge magnet meant to change the orientation of all TV antennas so no one can watch Fiona's TV station. The last thing people were able to see on TV before the snow signal appeared was Fiona's call: "Help, Bananaman!"

(Craw rolls its Bird Genius dice against difficulty of 3 and passes, but with one dye lost)
"Look, Boss, all antennas are oriented towards one location. If we go there, we ought to find Doctor Gloom and his device!"

Q2 (Rory story cubes: Carrying, Mammoth)
Why following antennas orientation, Bananaman notices The Mole and his drill digging hole inside natural history museum. The Heavy Mob comes out of the drill, takes Mammoth skeleton and the drill disappears into the ground.
Bananaman flies into the tunnel left after the drill, stops in front of the machine and tries to stop it, but the drill rolls all over it and disappears into the tunnels. Is this the end of our hero banana fans? 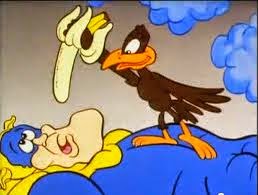 "Stop lying around boss, we need to catch some bad guys!" said Crow, putting banana into our hero's mouth.

(At this point that is what Crow usually does, so I will allow it as GM. Crow rolls his Have a banana, Boss dices against difficulty of 2 and succeeds in order to allow Bananama to regain one of his lost dice. So, our hero is now on -3 on his primary Cliché)

Q3 (Rory story cubes: Snail, Crossroads)
Tunnel used by our heroes suddenly comes to a junction. Two neon signs are hanging on the far wall. On the arrow showing to the left it is written "The Mole and The Heavy Mob Escape Tunnel". The one showing to the right says "Dr. Gloom's hideout". Bananaman stops, unsecure where to go. After initial confusion, he finally decides to let drill go, and to visit Dr. Gloom. 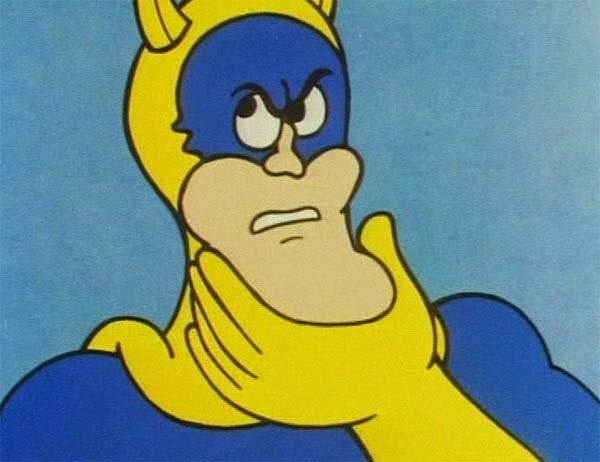 (I wanted to abandon pursuit and to go for Dr. Gloom, but to allow it, I ordered Bananaman to roll That's me Fiona dices with support of Doctor examined his head once....  against difficulty of 2. He rolled one 4 and two 1, so he passed the test, but lost dices on both clichés)
(Since this ends Q3, both Bananaman and Crow are able to recover one dye on their primary clichés)

Q4(Rory story cubes: High, Counting)
Like eagle from the sky, our intergalactic superhero bursts into the Dr. Gloom's hideout, only to see giant magnet attracting all TV antennas in the city. Upon seeing Bananaman, Dr. Gloom pushes the lever and increases magnetic force, which is now threatening to tear all antennas from their beds on city roofs and in that way forever disconnect TV viewers from Fiona.
Bananaman uses his super strength to tie magnet into a knot, forcing Dr. Gloom's machine to explode.

(Twenty big men roll + support from That's me, Fiona against difficulty of 5. Success with no dice lost)

Bananaman grabs Dr. Gloom and escapes the hideout before the explosion. The explosion made all TV antennas turn into random direction. People will have to fix them, but that can be done.
Bananaman take Dr. Gloom into police station, where he meets Chief O'Reilly, nervous because since explosion his TV can only pick Nerk Station, witch is for 24 hours airing reality show "Cooking with Mama Nerk"