I started playing games created for the Board Game Geek Solitaire Print and Play Contest.
After several games that failed to scratch my need for solo gaming, I tried Inspector Moss II: House arrest by Rebekah B. Game is free, so go download it. 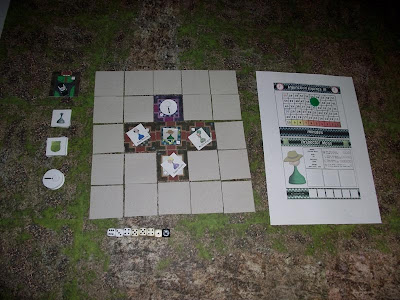 House arrest is a really fun dice allocation game.
Just like in every good crime novel, player takes a role of police inspector, who found himself accidentally at the scene of a murder. His goal is to find and arrest the murderer before the time runs up, using combination of clues and police methods.
All actions are performed by allocating specific number of dices. 8 dices are used in the game, and they can be rerolled up to three times in one turn. 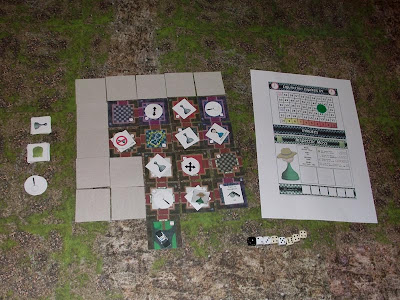 Additional strength of this game is great graphic. There is printer friendly version included, but I would recommend using full color, and printing 2 pages of tiles on one sheet of card-stock, just like I did on these photos. 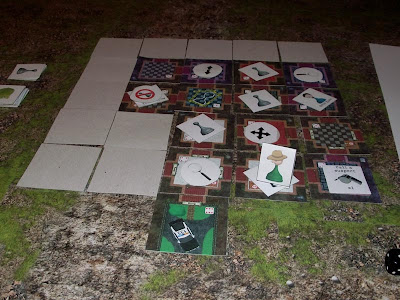 In total, House Arrest is a fun game, one that I will be playing a lot once the competition is over.
Posted by Aleksandar Šaranac at 8:42 PM