As I spend lots of time playing boardgames lately, I decided to return to the blog with a series of posts about the boardgames that I play a lot, and these that just didn't click for me.

In this first post, I would like to mention some solo boardgames that I really play a lot recently, starting from the bottom and moving up. 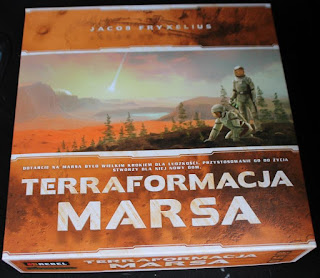 For some, it may come as surprise that this game is on the bottom of the list.
The main reason this game is so low is the fact that I can not see it different than re-themed Imperial Settlers, and the settlers theme is much more appealing to me. Still it is a good game that I like to crack every once in a while. The game in my collection is a Polish edition. 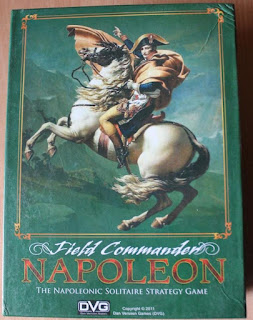 Here is one really good game I am sorry I'm unable to play more.  It requires both strategy and tactics and puts itself somewhere between boardgame and wargame. The only problem with this game is that it lasts too long, and that it requires several days of real time gaming to finish a scenario. This is the game that asks to be left over night on the table, and with small kids in the house and limited space it is simply impossible. I will play this game a lot more when I get to retirement, in some 30 years... 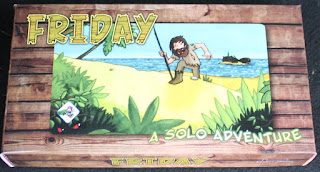 Friday: A Solo Adventure is one of the most difficult solo games ever created. It is a deck builder that will never allow you to build a perfect hand of cards. The terrible, unforgiving game.... that can give its player a huge amount of fun. 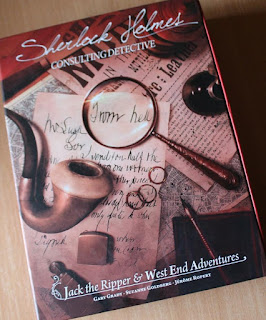 Positioned between Chose your adventure gamebook and a boardgame, Sherlock Holmes offers a real challenge for wits and imagination of a player. The only negative side of this book is that once you solve all the cases, you can not play it again. So when you decide to buy this game, it is recommended to do it as a group purchase with several friends. 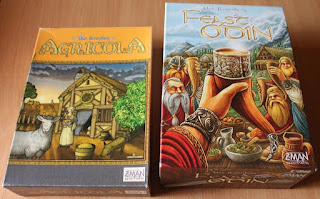 It felt hard to select one of his games, so I went for the complete works of the author here, especially that each of his games use similar elements. Someone will like more Agricola, other Caverna, Feast for Odin or Loyang, but the truth is, they are all good and a pleasure to play. Euro games at its finest. 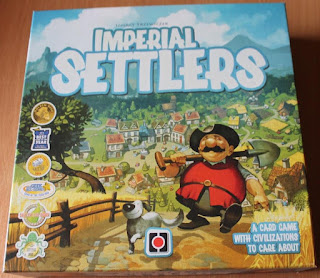 Imperial Settlers is the only game from mentioned that I enjoy playing both solo and competitive. For solo play, it is good to download official campaign mode from publisher's page. Quick, challenging, exciting and cute engine builder. 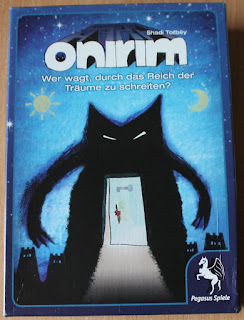 A game that consists of 4 types of cards and almost no theme whatsoever? This can not be good, right? Wroooong! If I need to get an adrenaline rush in 15 minutes I go for Onirim. It is the most exciting and atmospheric game I have ever played. I have the first German edition with 3 expansions, but the best games I had were played with only base game and Towers expansion. Onirim is difficult card game, unforgiving to mistakes. But if you do everything right, you will be involved into tense end game where every card can make a difference between victory and defeat. If I would need to take one game to desolate island with me, it would be Onirim.

In the next post: some solo games I had that I felt disappointed by.
Posted by Aleksandar Šaranac at 1:13 PM