Looking for the game to play with my six years old son, I recently discovered a SF game called Alien Worlds by Echidna Games.

It is a very simple game, but it has possibilities for tactical decisions, and that is just what I was looking for.

Similar to SBH, it uses stick for measuring distances, but here it is just one stick that measures 1/6 of the playing field. Model can "leap frog" stick for ease of movement. Shooting is possible up to two sticks. For combat resolution player rolls 1d6, adding and removing one or two modifiers. There is no defense roll. Very simple, but still satisfying. My kid had a blast. 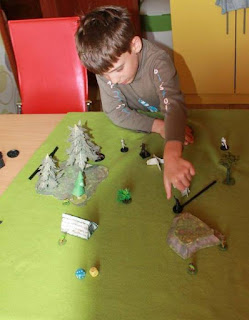 In other news, my Boardgames collection is now richer by another solo game - it is Imperial Settlers by Portal Games. 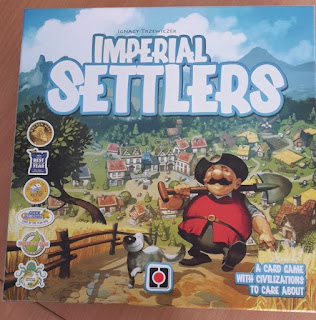 Posted by Aleksandar Šaranac at 11:56 AM