This session is a double playtest, as I am not only testing ALONe, but also my idea to use Dixit cards as random idea generator.

Tension set to 4.
Catalyst/location: fire at popular hangout.
Sensory snippet: constricting around your neck.
After a long day filled with paperwork, Balthazar was siting by the bar of The Red Parrot, drinking his first glass of wine, when fire suddenly erupted in the pub. The room was quickly filled with choking smoke.

Does Balthazar have portable respirator with him? He is coming from work, so he may have some gadgets with him for +1. He is also better equipped than average agent so +1 here.
Instead of using system from alone, I decided to start with 5 as average, and then to add or remove bonuses from that, as it seems more intuitive for me. So, my hero gets 7. He gets 4 - good odds, and result of yes, but (AIR) - what he has is not real respirator but hand made.
Can he get out of the pub (+1 for home made respirator) - even odds, yes.
Balthazar is not the one to be affected by little smoke. He grabbed some liqueur, spilled it into handkerchief and put it to his nose. This should work as respirator for a little while. Trying to breathe as little as possible, our hero got out of the pub before the building collapsed.
After the fire settled down, Balthazar tried to discover some clues in the debris (no modifiers, even odds, no, water - and) but he was unable to find anything. Further more, he was removed from the site by the police officers before he was able to explain anything.

Since the first beat ended on the low note, I decided to call for help 9Qs to push the story forward. So, next beat will correspond with question 2: what unusual event occurs soon afterwards?
Catalyst/location: hit by a stray shot at cafe.
Sensory snippet: a stone slab slamming to the ground.
The very next morning, Balthazar was at cafe drinking his morning tea, when a gun shot was heard and a bullet hit his cup, shattering it.
Our hero tried to determine from which direction did the bullet come (no modifiers, bad odds, NO!) but he was unable to do it. And as gun shot made all customers panicking, even if he could, he would not be able to spot attacker among the running bystanders.

I could continue with 9Qs here, but I decided to change the peace and do something proactive. So...
Tension set to 5.
As two attacks on his life in two days seemed to much to be coincidence, Balthazar started asking around trying to learn as much as possible about the attackers, from sources both live (+1 Ser Arthur Weaver) and dead (+1 James Tailor) - 4. Odds Good, yes, air - but.
The answer come as the blurry hint from the world of dead (Dixit cards): 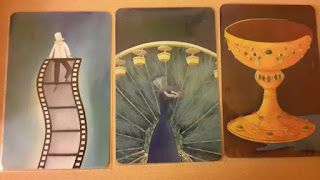 Balthazar will be forced to cross his ways with Actors from the Circle of Grail.

As the random number is lower than Tension, random event also happened. To see what happened, I used Dixit cards again. This time, best result was achieved by reading them from right to left. 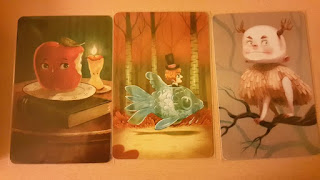 A Stranger is Arriving for Dinner.
What is the stranger's intention? Rune draw - Uruz - Requesting strength and courage. 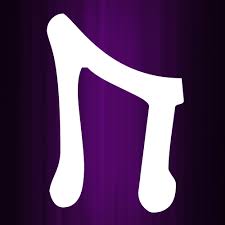 Tell me more about the stranger: crown/skull/sun - important undead bringing revelation.
Vice: Envy. Virtue: Chastity. Possession: Tarot cards.
Next night, Balthazar was visited by the ghost of medieval saint Audrey Sable, who told him that the Holly Grail is within reach, and that he is the one destined to find it and protect it. Grail is located in the area of the village Abigail, but can only be discovered by the one able to decipher St. Audrey's tarot cards. With that words, ghost dissapeared.

Tension set to 4.
Balthazar starts research in order to find the grave of St. Audrey Sable. (+1 for his history knowledge and +1 knowing that he should look around Abigail village. Odds even, yes, air - but). He was able to locate the grave, only to learn that archaeologist have already investigated through the site, and that all items from area are transferred to Abigail History Museum or sold to private collections.
Balthazar visited Museum to see if the Tarot cards are there. Using his history knowledge to impress curators (+1) he finds that the Tarot deck is indeed located in Museum vaults. Further more, local authorities allowed Balthazar to examine the cards IF (Fire) he promises that Holly Grail, once found, will be first exhibited in Abigail History Museum.

To be continued....
Posted by Aleksandar Šaranac at 2:14 PM