Recently I was reading again Heinlein's Starship Troopers, so I got urge to go for some bug hunting.
For this, I used 5150: Battalion Commander by Two Hours Wargames.

Battalion level games are the point where, in my opinion, 2HW games really shine, and therefore 5150: Battalion Commander, Warrior Heroes: Warbands and especially Muskets and Shakos are my favorite titles from this publisher.

At first, I wanted to drop one platoon of mobile infantry (ISS) on the bug controlled planet, on the patrol mission. I had one Rep 4 (blue) one Rep 5 (yellow) and one Rep 6 (red) squads, Rep 4 Rocket launcher and Rep 5 Plasma Gun. Platoon leader was a Rep 4 rookie. 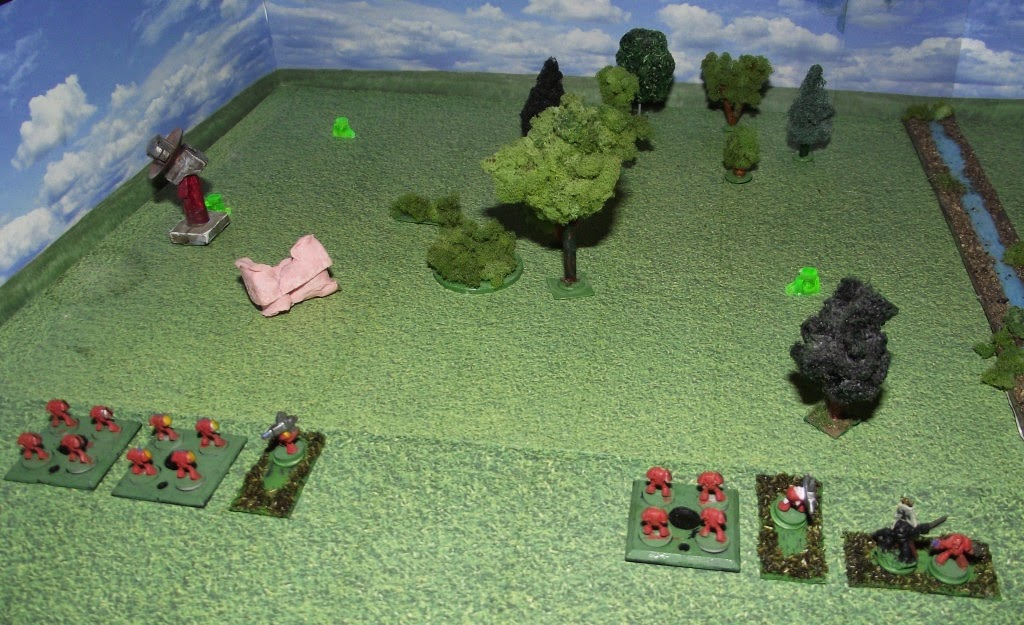 Bug controlled planet with activity level 5 made chaos from the very start, as I was immediately faced with opposition that outnumbered my forces six times. So, I decided to pull back and try again, this time on human controlled planet. 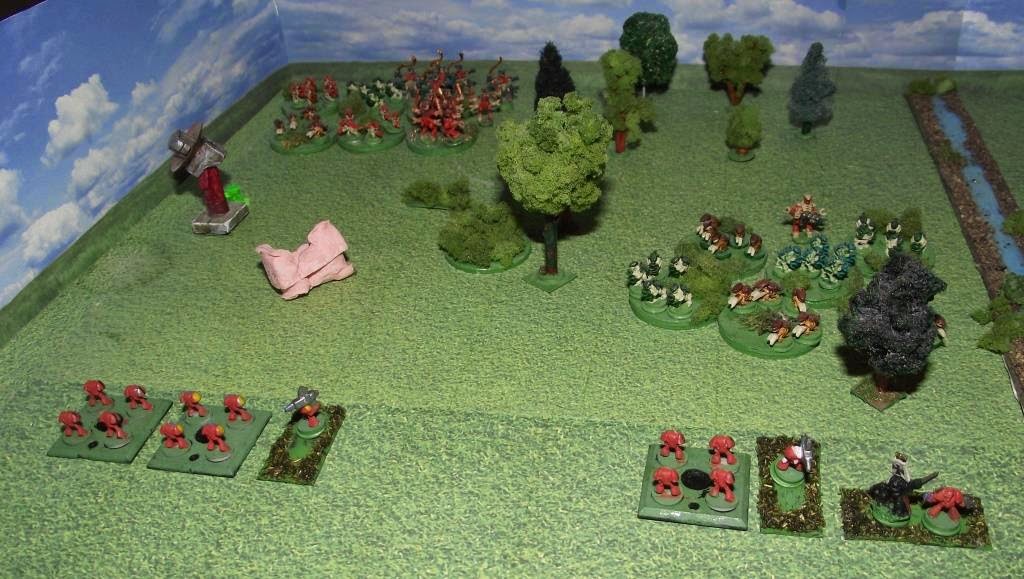 Too many of them - pull back!

I used the same set-up, but with Bugs activity level 3 and things looked much better. First PEF resolved as Something out there, and second into Bug hole, with forces equal to my on. The In Sight started, and all units moved, since the bugs were out of range. 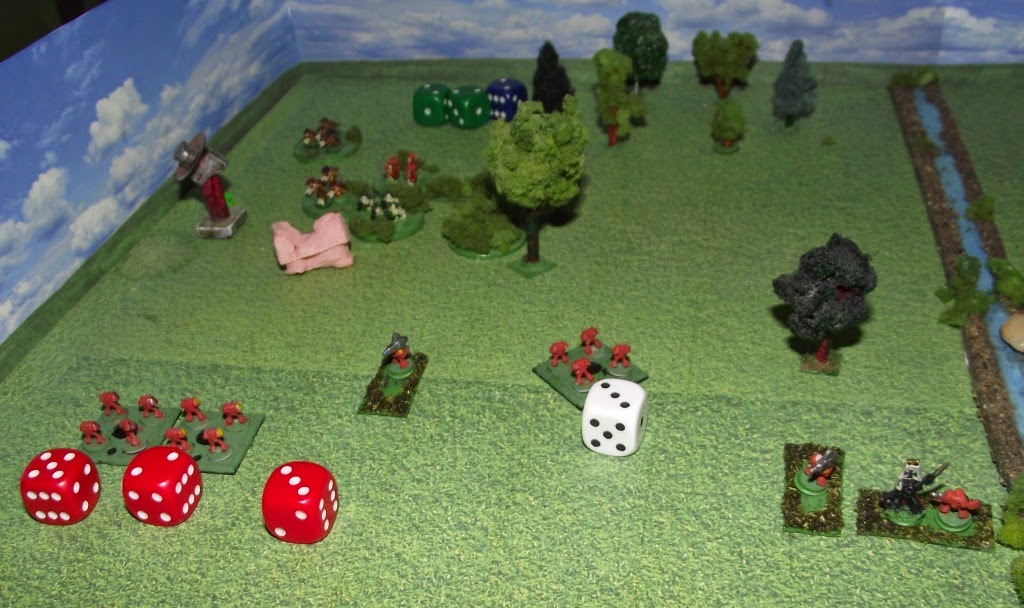 I rearranged my troops to better receive first wave of bugs. 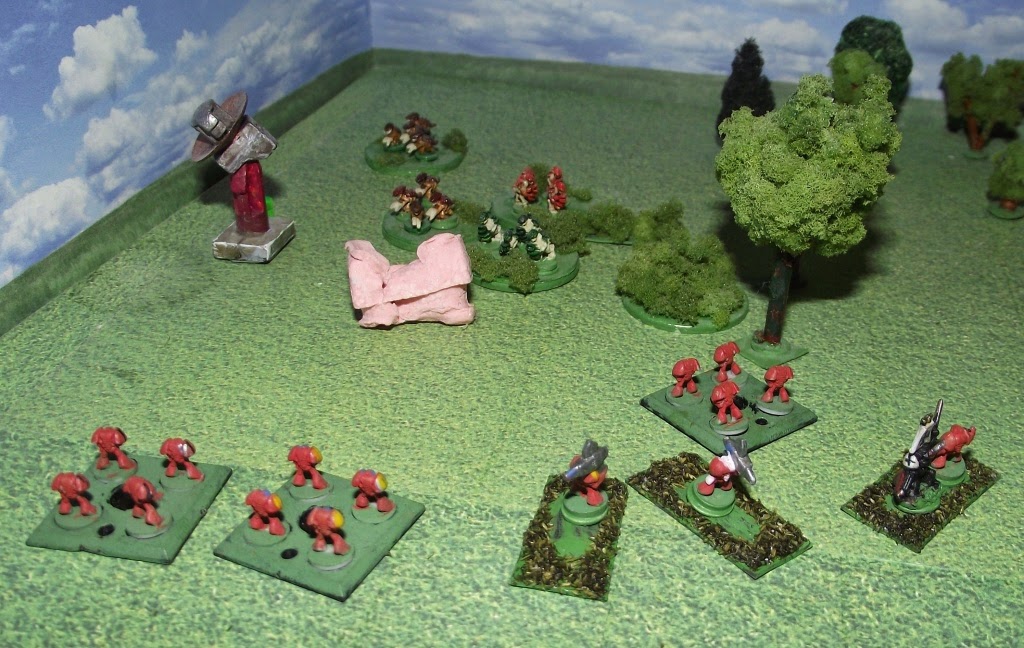 One bug unit charged blue squad and send it on Spiral of Death until remaining soldiers left the battlefield.
I missed one In Sight here, since when the blue squad was destroyed line of sight opened between command stand and bugs. But I noticed this too late.
Than, low scoring doubles were rolled for activation two times,generating two new PEFs. Bugs are moving into offensive... 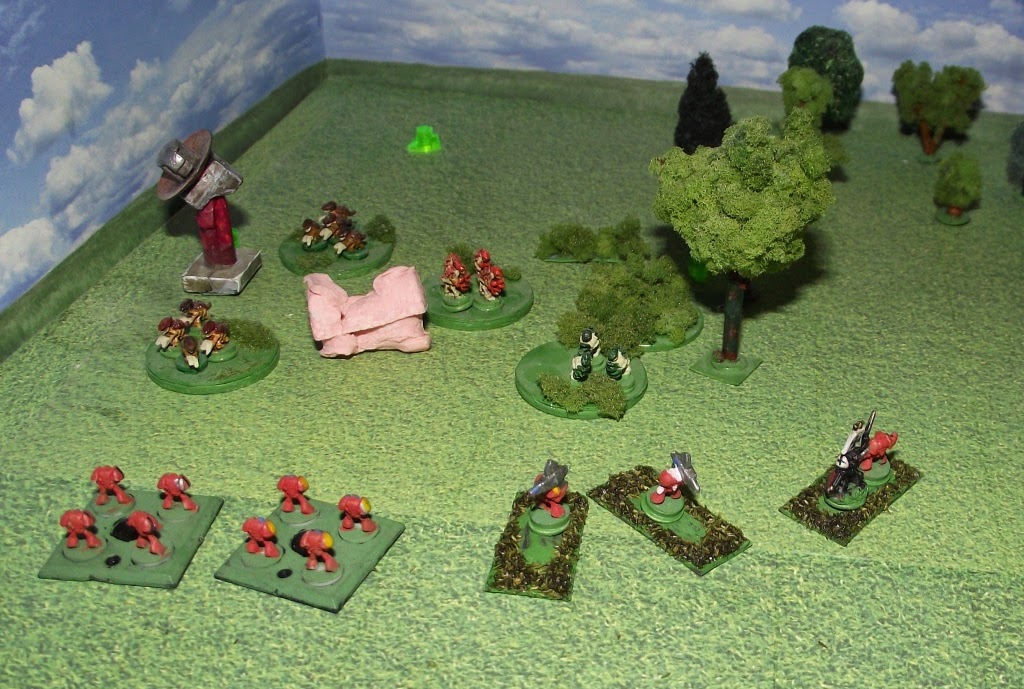 Bugs are finally in range, and human firepower starts counting, destroying one unit of bugs.
But that is where everything went downhill. 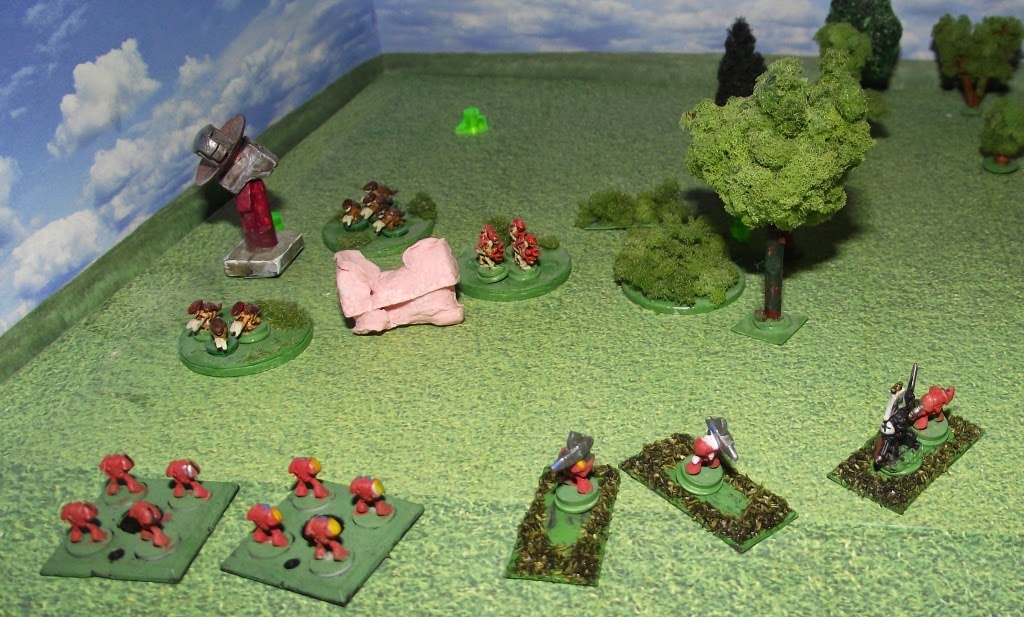 Unit of bugs charged the red squad. Just one bug reached melee, but it passed Crisis test with 2d6 and than send complete Rep 6 squad down the Spiral of Death until I finally rolled 6 and allowed surviving soldiers to leave the battlefield.
Also, new Bug hole opened just south of the forest, with lots of warriors pouring out and killing command stand.
With two more PEFs unresolved, Blue Squad and support weapon teams decided that they have had enough, and retreated from the battlefield. Next, Defend mission is in order....

So, what have I learned from this game:
1. Remember In Sight checks!
2. Bugs are terribly dangerous, even single bug can eliminate previously unscratched elite unit. They should not be confronted directly. Some other tactics is in order, maybe decoy unit to move them around table, while other squads pick bug by bug with firepower....
3. Command squad should not be in the open. And if it comes in the open, it should duck back as soon as possible..

Let see if I can implement this in practice in my next game....
Posted by Aleksandar Šaranac at 10:53 AM