We made a baptizing party for our doughtier this weekend, so the godfather of both my children (who now resides in the Capitol City) visited us for a couple of days with his family.

The two of us know each other for more then 20 years. He used to be a singer in the comedy punk band we had at the university. Since, at the time, band also doubled as an RPG gaming group, he is, of course, a fellow gamer.

Therefore, whenever we meet it is gaming time.

With children around, we opted for boardgames this time, and the ones that can be set up quickly.
So we played couple of games of Tsuro, couple of games of Carcassonne, and one and a half game of Castle Panic (we had to start from beginning after the first game being destroyed when our castle was stormed by a swarm of kids). 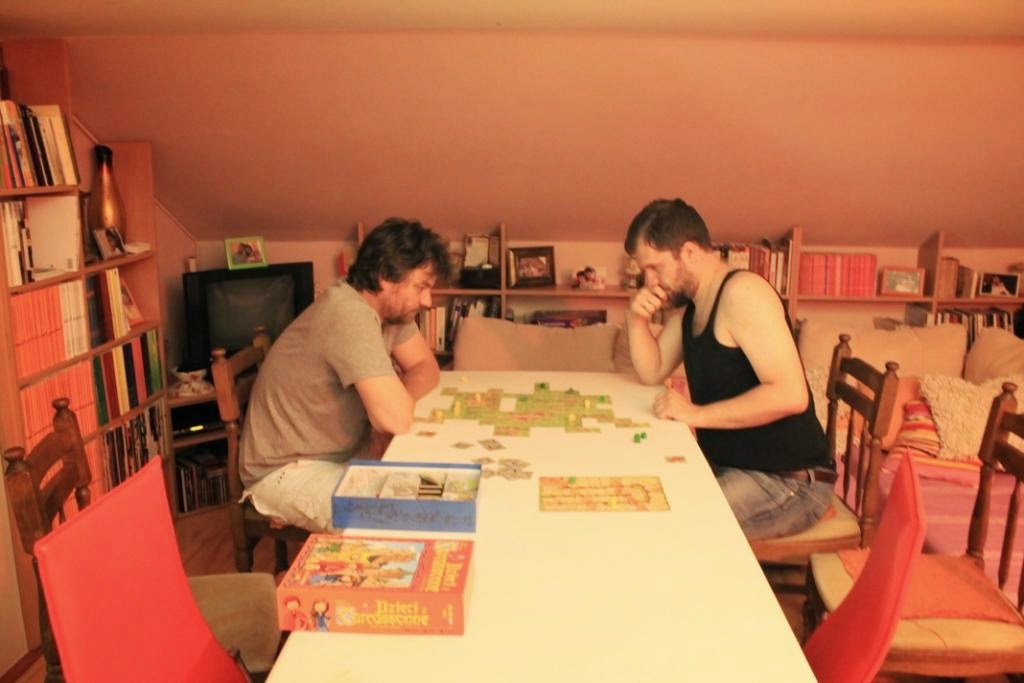 Finally, after the kids went to bed in the evening, we tried something more serious, specifically Zombicide season 2 scenario. And of course, we were eaten by the zombies minutes before we could reach final objective.

All in all, that were a fun two days of gaming.

Posted by Aleksandar Šaranac at 10:39 AM