At the moment, there is no company producing British light cavalry models in Tarleton helmets for early Napoleonic period, so if you want to play campaign in Peninsular war, you have to make one yourself.
In this case, I used horses, legs and swords from Italeri/Esci British (Crimean war) hussars and upper bodies from Esci British artillery or HaT British rocket sets.
Here are officer and light dragoon in process. 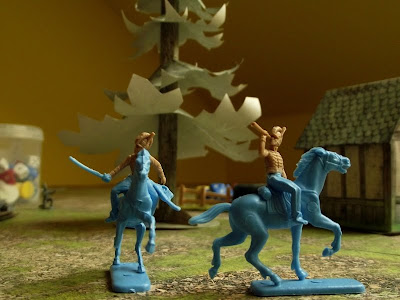 And here is one finished and painted trooper. 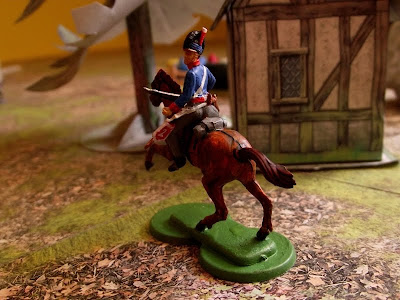 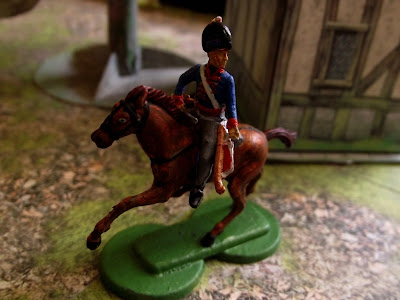 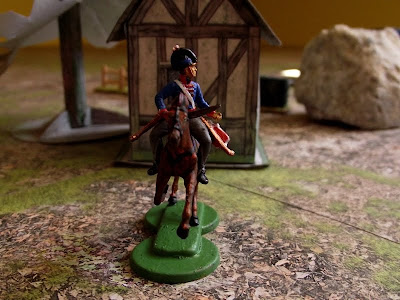 Posted by Aleksandar Šaranac at 3:58 PM