Dwarfs on the roll

One of my projects at the moment is to play solo some scenarios form One-Hour Wargames book by Neil Thomas, using different rules and armies.

For my first try, I opted for Scenario 5: Bridgeahead, using orcs as players army (blue side) and dwarfs as system driven army (red side). Ruleset of choice was Song of Blades and Heroes, and since the red army have clear objective, I played using Dogui's simple rules for enemy activation.

The game was fun, although it was mostly decided by dice. It was the worst dice rolling I have ever seen, as presented on photos below. Orcs, as rep 4, were totally disorganized, and had turnover after turnover, even after the leader appeared in turn 6 - as seen they failed to move from the base line.

Dwarfs moved, killed orcs that did managed to move, then killed troll, then bumped into orc line and send them running. 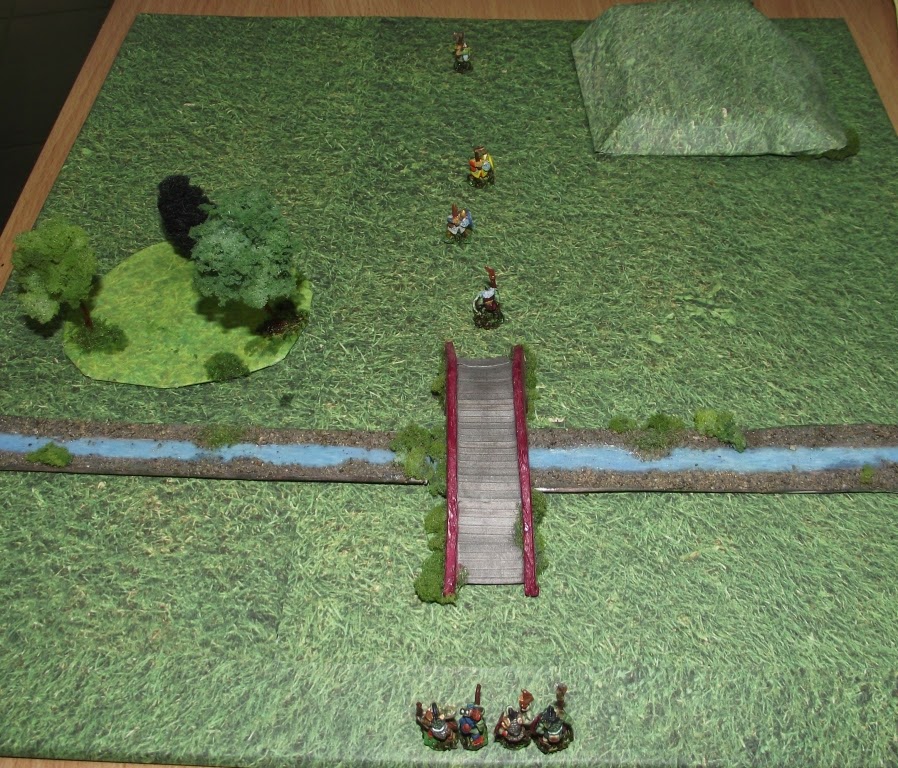 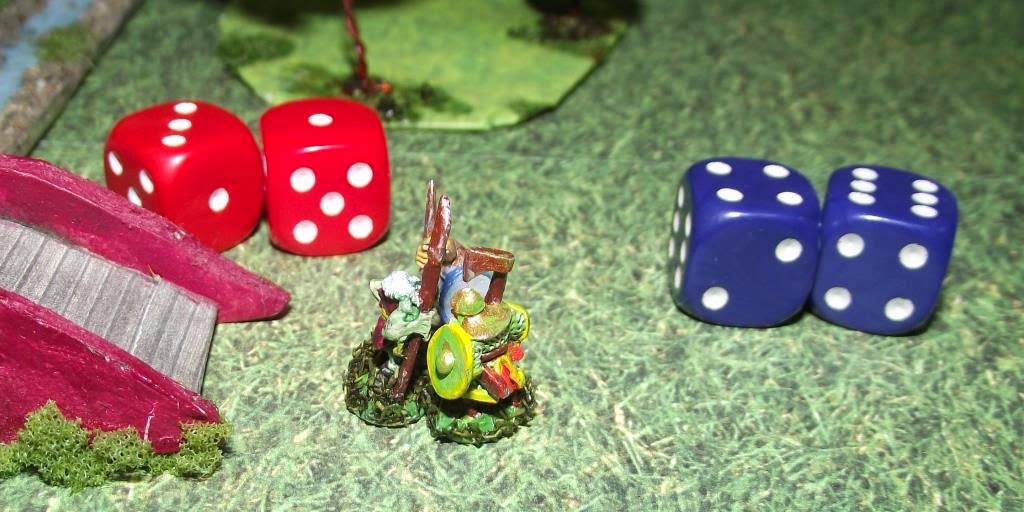 First battle. My dice are of course red. Orc is C1 as outnumbered and after power blow. 3 is rolled. Dwarf is C4. 6 rolled. One orc dead. 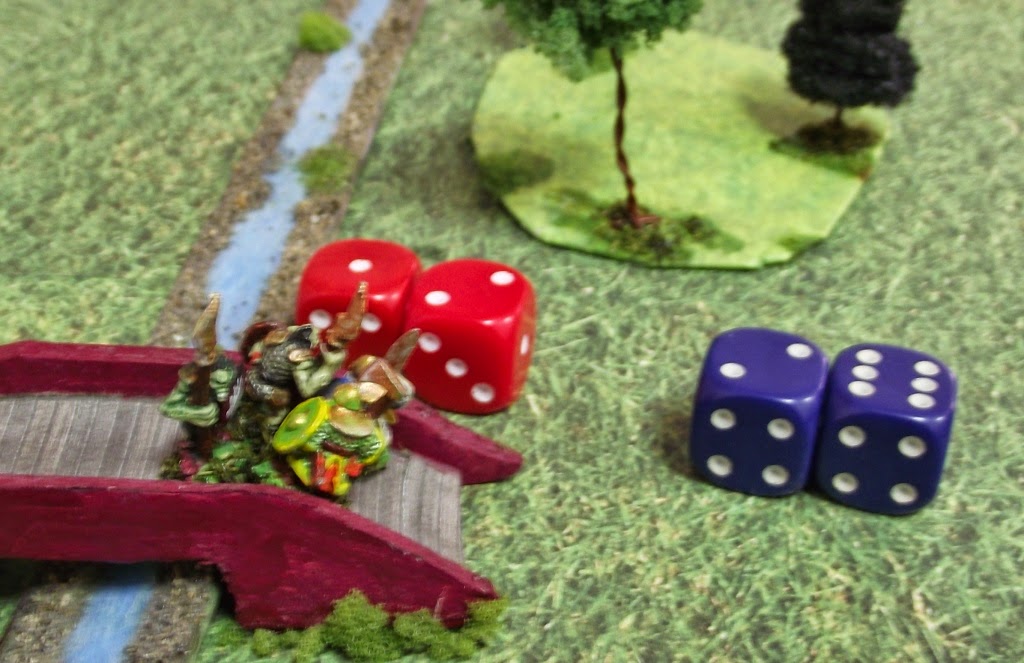 Another combat, another orc dead. 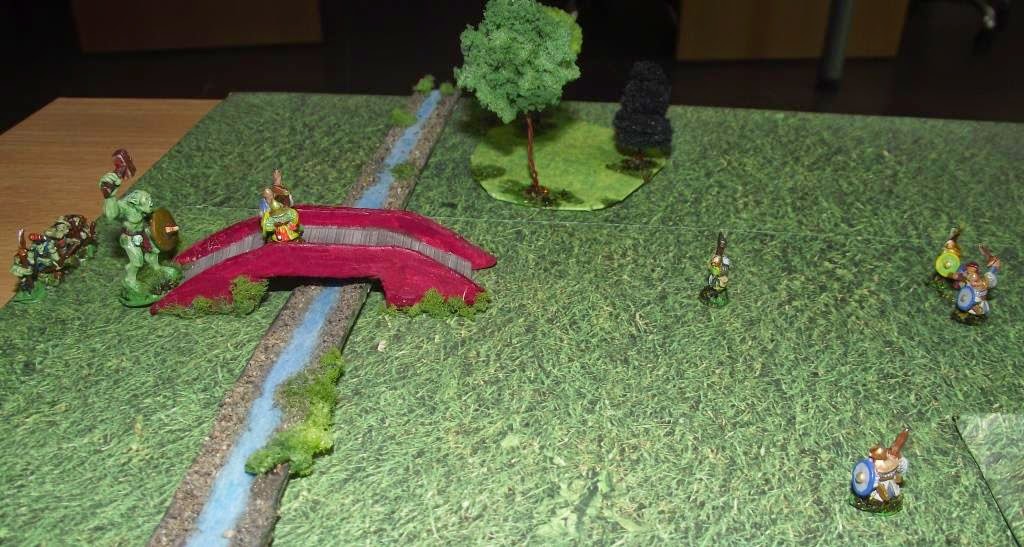 Troll comes to defend the bridge! 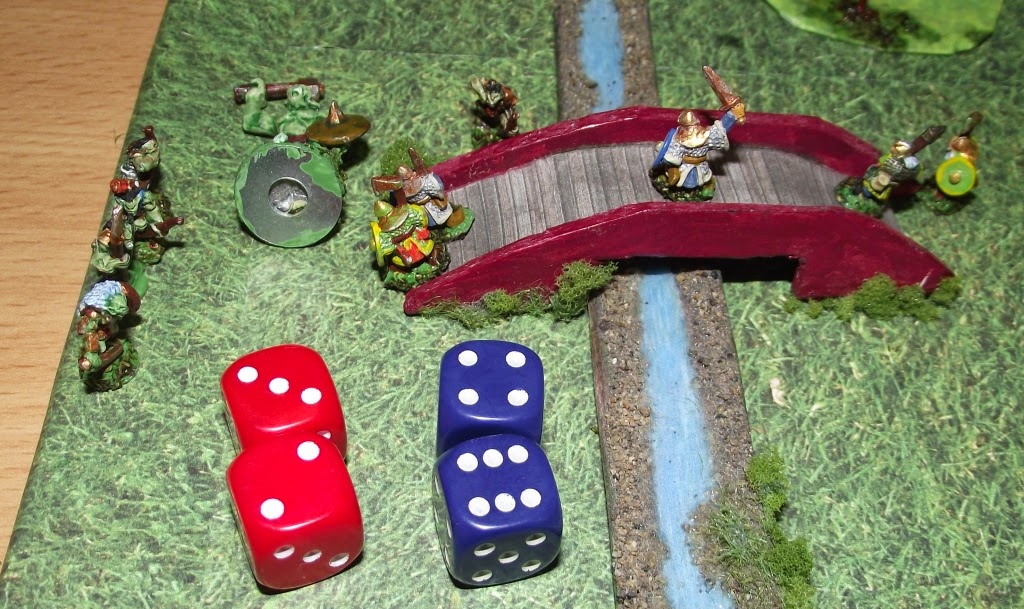 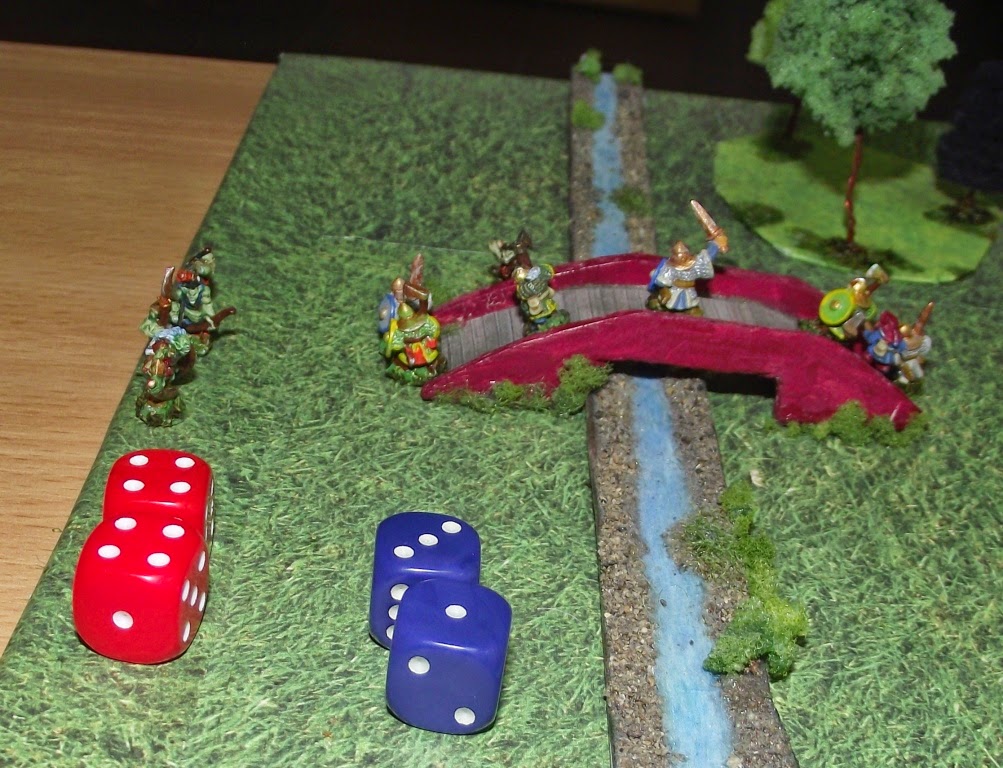 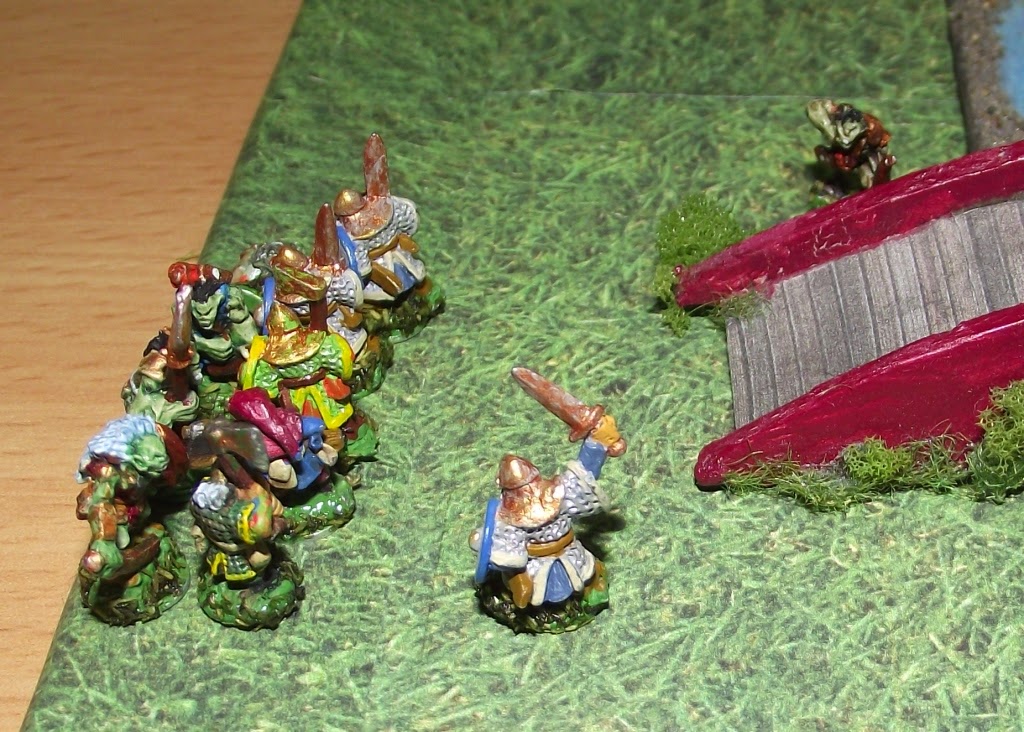 But dwarfs just press on, and orcs are driven from the table.

Better luck next time. I will have to repeat the scenario, to see if I can get better than this.
Posted by Aleksandar Šaranac at 2:26 PM