This weekend saw the 11th installment of Jatacenje boardgaming conference in Kragujevac Serbia.
Here are some atmospheric pictures from this event... 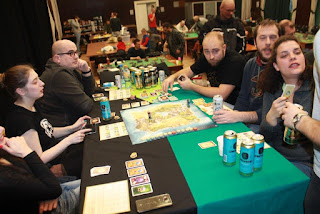 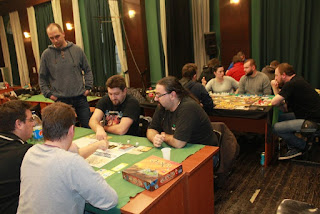 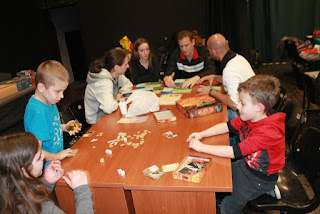 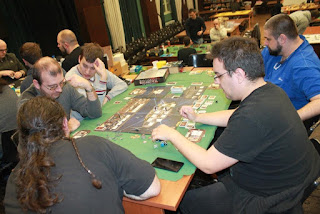 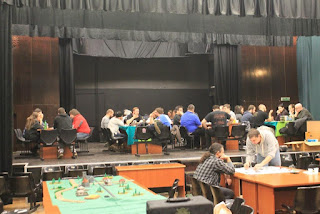 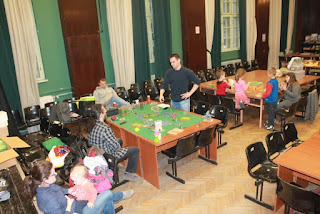 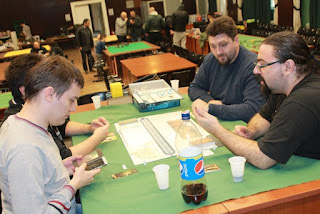 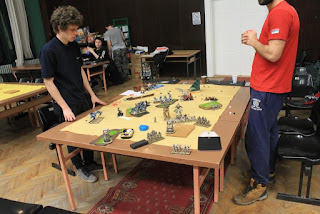 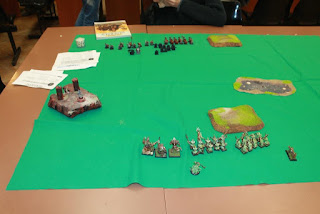 Posted by Aleksandar Šaranac at 1:36 PM No comments:

I always wanted to play a Steampunk Fantasy game, in the way of the old computer RPG Arcanum.
With the publication of High Stakes RPG by Ganesha games, I decided to go for it. 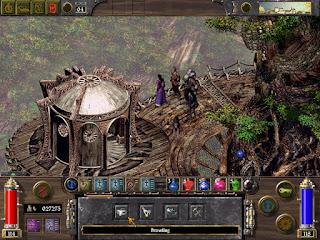 In this case, I decided to play in partly generated world, that was result of one of my unfinished solo Microscope games.

WORLD FACTS
HUMANS in this world live in medieval community - cities are few and far between, nobles live in fortified castles surrounded by fields worked by dependent peasants. Society is dominated by male knights. Average human is afraid of both magic and technology.

ELFS of the world live in the forest and respect the nature. Every elf wields folk magic, while High magic is reserved for the ruler classes. They are distrustful of technology. Elf males and females are equal.
Elfs and humans are in constant state of cold war, as humans breed fast and need new lands, which they are taking at the cost of elven forests.

DWARFS live deep underground in cities ruled by Queen Mothers. Dwarven females are rare, they are stronger and smarter than males, and they rule underground society. Dwarfs are experts in technology (clockwork and steam), but they are unable to use magic. They are rarely seen above the ground. A dwarf roaming the realm of man and elfs is usually an outcast, or rogue rebelling against  his Queen Mother. Officially, no female Dwarf ever wandered the land, but there are rumors that some of the legendary dwarven heroes who left their mark in the history of the surface world were actually She.

ORC tribes are a distant threat from the far mountains.

All species can interbreed, half-breeds are indeed rare but they exist.

Otter is one such half-breed, born from the relation of human father and efl mother.
His stats are:
Body 2
Mind 4
Aura 2

Traits:
1. Humans see him as human, elfs as elf.
2. Can cast folk magic as elf
3. Able to use technology as human.
4. His own best company
5. Library in his head.

Relations:
1. Mother's tree - place where he grew up.
2. Grumb - a rogue dwarf engineer showed him some technology tricks.
3. Human father he never met.

I used Aladdin Techniqe with Rory's Story cubes to start the story:
Otter enters [abandoned] [dwarven] (DOG, dog is companion, for dwars companions are robots, so: ) ROBOT [workshop] in order to reach the [library] and get a [book] (ARTIFICIAL SATELLITE) CALCULATOR to help him with his [technology studies]. But (PANDORA'S BOX), he needs to be carefull not to release something he can't handle.

Arriving to the border of the dwarf country, Otter starts looking for the entrance into the workshop. It is task with difficulty 3. Otter uses his mind to remember where the entrance should be, and adds his relation with the dwarf to roll 5 dice. It is success that includes one complication and one story element.
Otter finds the entrance but the door is locked (complication). Lucky for him, he received a key from Grumb (story element) - a special kind of key that opens all locks in this workshop (counts as McGuffin for this adventure only). 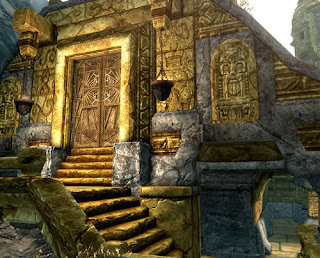 The undergrounds are dark, but Otter uses his knowledge of folk magics to cast light. Workshop should be abandoned, so there is no need to be too careful or secretive.
Our hero walks straight where he thinks the library should be according to Grumb's story. Again task with difficulty 3, and Otter uses his mind to roll 4 dice. And again it is success, with one complication and one story element.
Otter remembered well where the library is, or better to say where it was, as the room was destroyed by fire (complication). The calculator, of course, was no longer there.
But, in the dust and ashes covering the floor, Otter noticed footsteps leading deeper into dwarven caves (story element)

Posted by Aleksandar Šaranac at 12:30 PM No comments: