At the end of the book, there is an option to play the game on one to one scale using simplified rules.

So, until I paint enough miniatures to play it properly, I decided to start learning the game through skirmish scenario The Hall Burning presented in the rules. 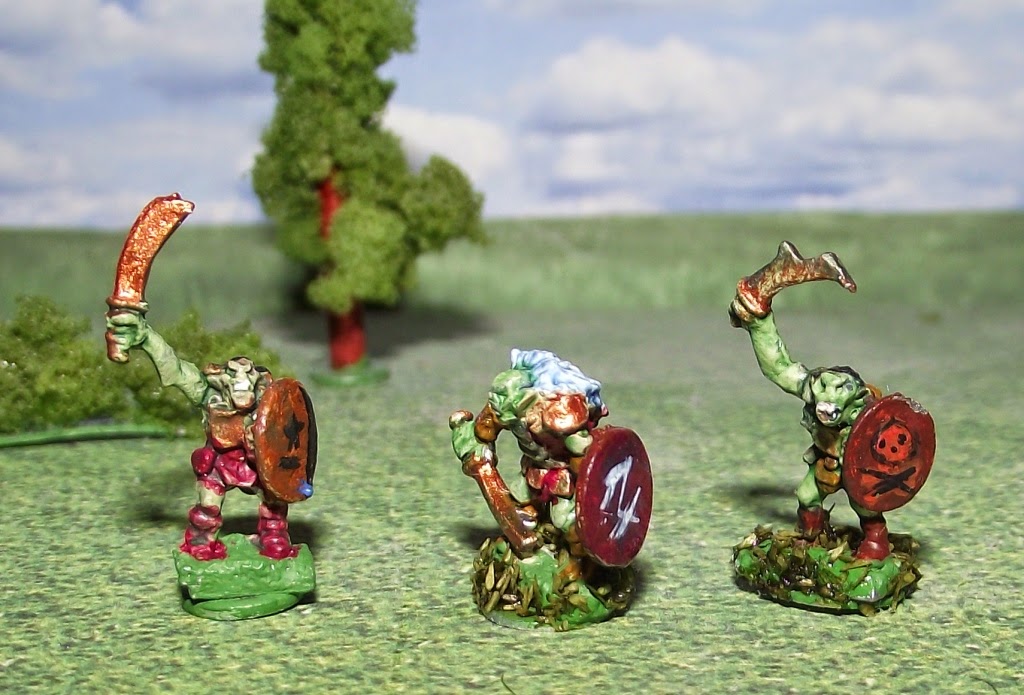 Orcs are attacking the great hall Located at section 3. There are 3 PEFs in the open (2 in section 1 and 1 in section 3), representing sentries, and 3 more in the hall, representing inhabitants.They will come out once the alarm is sounded.

The game is played by moonless night, so visibility is limited to 3+d6=9".

Turns 1 to 3: My Orcs started advancing through the woods. First PEF resolved as "something out there". As they moved towards the hall, second PEF approached and resolved into 4 enemies: Rep 5 Ranger, Rep 4 dwarf warrior and two Rep 4 archers. Alarm is sounded! 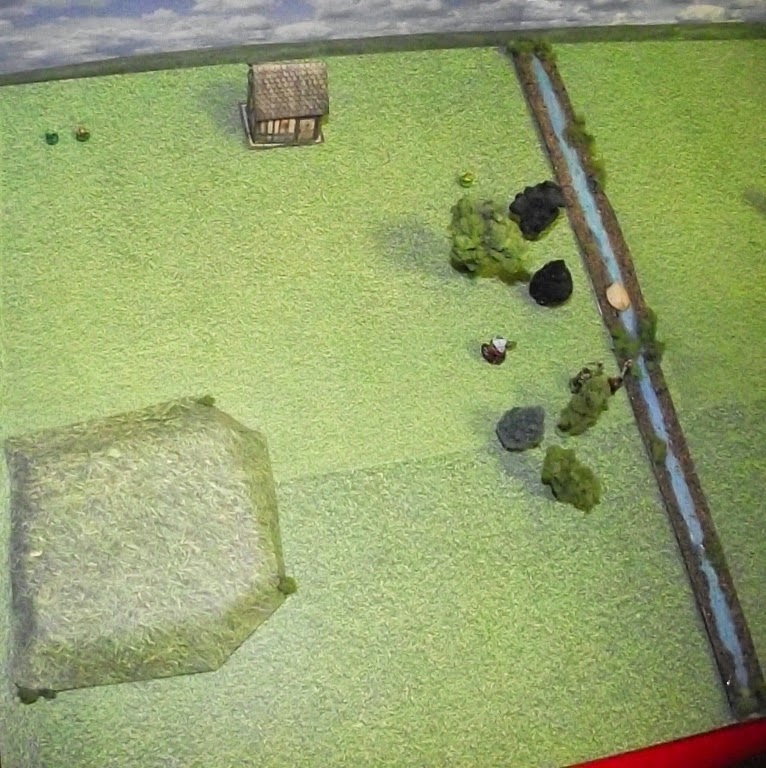 Turn 4: Ranger and dwarf charged AGuGu and were locked in melee, while archers moved into range. Orc clansmen are in good position to flank ranger, just if they could activate... 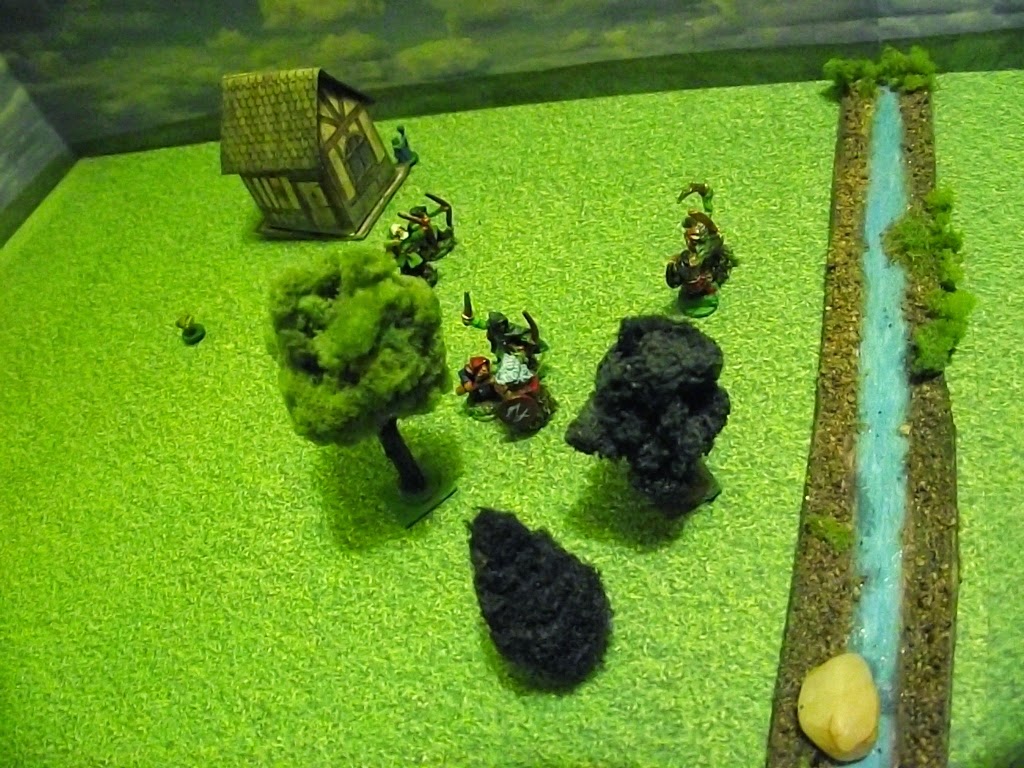 Turn 5:
Activation roll: Orcs 5, woodsmen 3, so no activation for clansmen.
While they were indecisive if they should attack ranger or archers, ranger and dwarf killed orc chieftain. Both clansmen pass Leader lost test.
But it is time for archers to shoot, and one orc routs.
One PEF from hall approaches, but it is resolved as case of nerves.

It was a fun game, but rules are written for bodies of troops not one on one skirmishers, and this is visible. For this scale, In Sight test was missed the most.

So, I am preparing the warbands for a regular game, and I think these rules will really shine than.

Here are the seeds from which my future armies will rise: 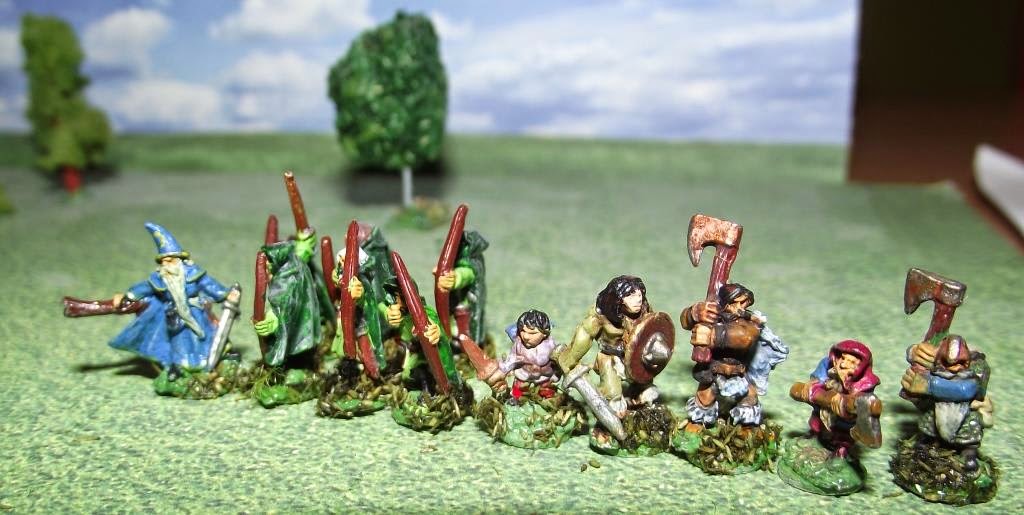 All models are in 10mm scale, produced by Copplestone Castings.
Posted by Aleksandar Šaranac at 10:55 AM