Duel in the ruined city

Inspired by many great battle reports done with the system, I have decided to purchase Red Sand, Blue Sky gladiator battle set of rules.

Since my roman miniatures are still unpainted, I had to test the rules with the 28mm figures I already have finished. As background I have used ruined city scenery already set on my table for another game.
Therefore, my hero, elf ranger (REP 5, armed with bow and sword), while exploring remains of the ancient city, encounters undead legionary (REP 5, 2H spear).
Warriors start 13” away from each other. 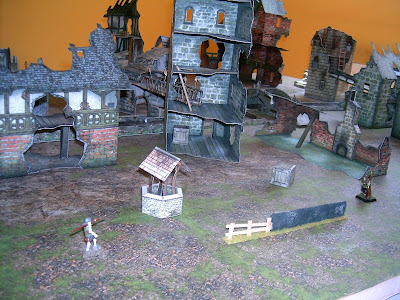 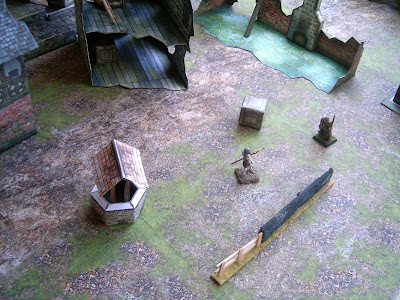 Seeing that enemy is getting close, Elf tries to hide behind fence and gain some advanced position.
Skeleton gets into position to attack, so elf throws away his bow and pulls the sword. Being primary ranged fighter, he will fight as REP 4 in melee. 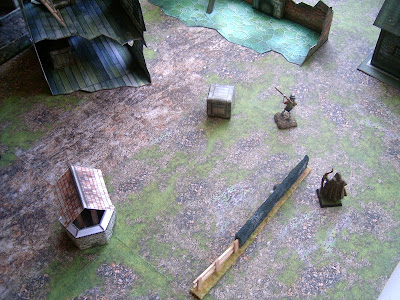 Skeleton wins initiative, moves 1" away from elf and attacks with spear. Elf burns 3 dices, skeleton 2. Both sides get 1 success, to no result. 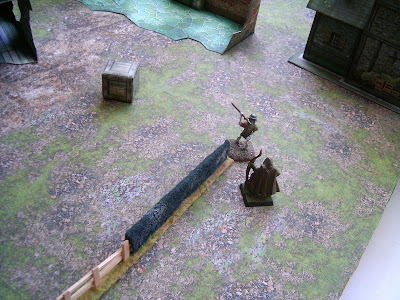 Elf closes in. He again dedicated 3 dices against legionary's 2. Again, both sides get 1 success, to no result. 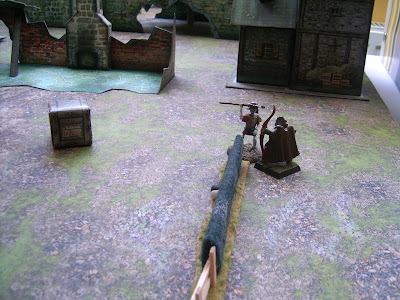 Elf tries Flank and attack move. For this purpose he is again Rep 5. Elf scores 1 success, but skeleton gets 2. Elf gets to the flank, but skeleton turns to face him, end ranger has to burn additional dice.
Anyway, elf gets skeleton where he wants it. Legionary now has tripping hazard behind its back, so even if the elf's attack bounces off armor, skeleton will burn some additional dices. 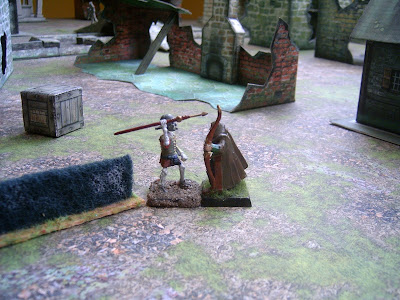 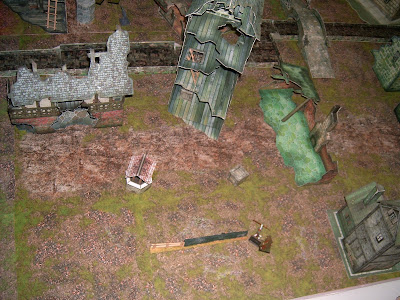 Posted by Aleksandar Šaranac at 8:43 PM