I finally have enough painted 6mm Napoleonic miniatures to go on the proper scouting encounter using Muskets and Shakos rules by 2 Hour Wargames.

Captain Andrzej Niegolewski from Polish Lancers had orders to scout a small village in northern Spain. He took with him two cavalry regiments, his Polish Lancers and some French Hussars, both Rep 5.

Also, General Chłopicki offered him use of one foot artillery brigade Rep 4 (one section of howitzers and 3 sections of guns).
Poles arrived in the area in the early morning. Heavy fog was covering the countryside, but as they approached, fog lifted giving them good view at the village (weather condition, but lifting on first doubles, and that turned to be on very first activation roll). 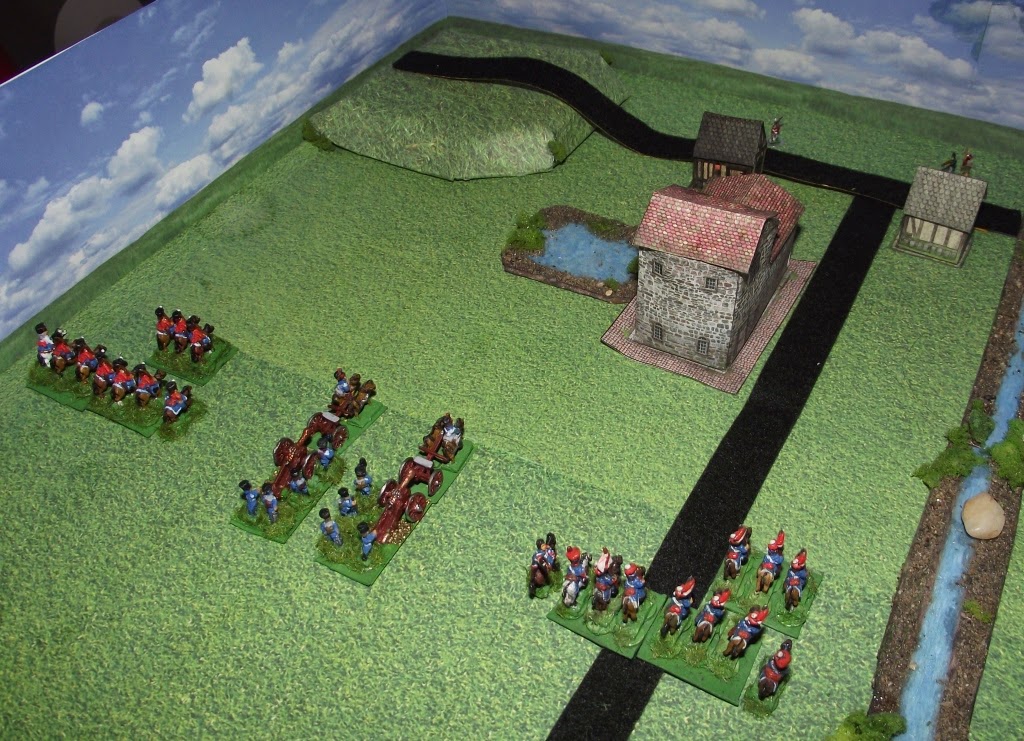 Niegolewski sent forward one section from both cavalry regiments, to check out welcoming comity.
Two PEFs were resolved. Lancers encountered  Highlander Rep 5 infantry battalion stationed between buildings.
Hussars noticed Rep 4 British line infantry battalion in defensive position - inside one of the village houses. British had 6 skirmishers guarding the parameter outside. 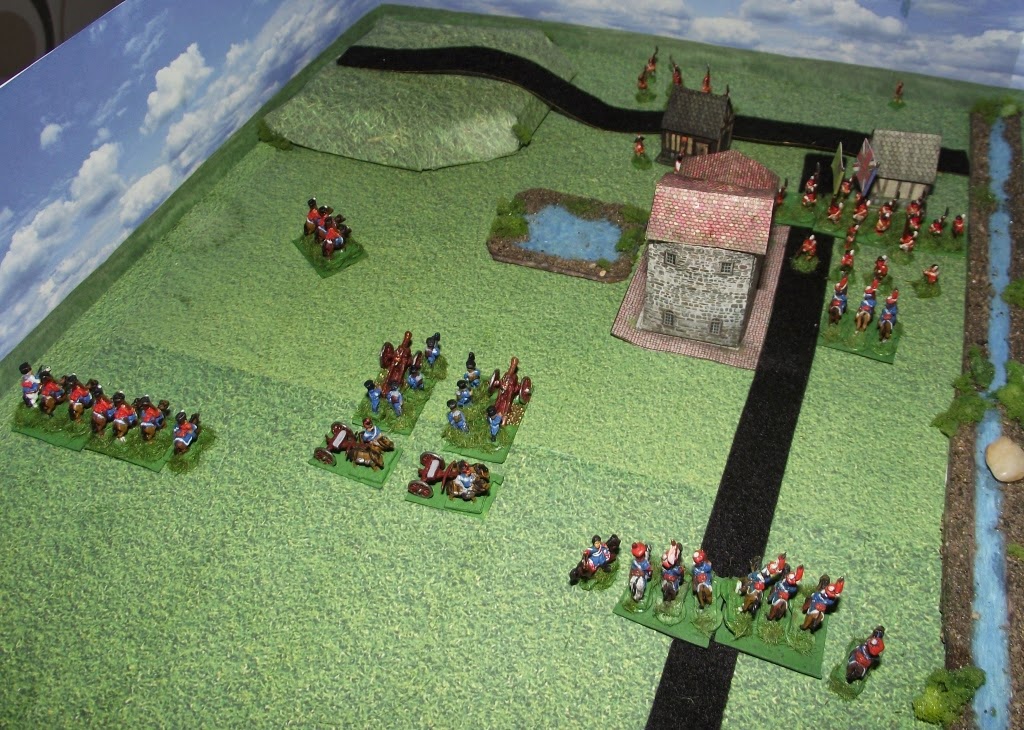 Since they were just scouting, lancers decided not to engage the enemy. The forward section returned and formed line with the main body, protecting right flank of the guns.

Guns unlimbered and started firing. Howitzers missed skirmishers, but two of them got scared by explosion and left the battlefield. Remaining guns fired at the house, scoring one hit.

The main body of hussars fast moved towards the hill on the left, with goal to scout area behind buildings from elevated position.

On British turn, Highlanders moved into Big building, and started shooting at unlimbered guns. They scored one hit, and than guns received another hit and Silenced result due to the Receive fire test. 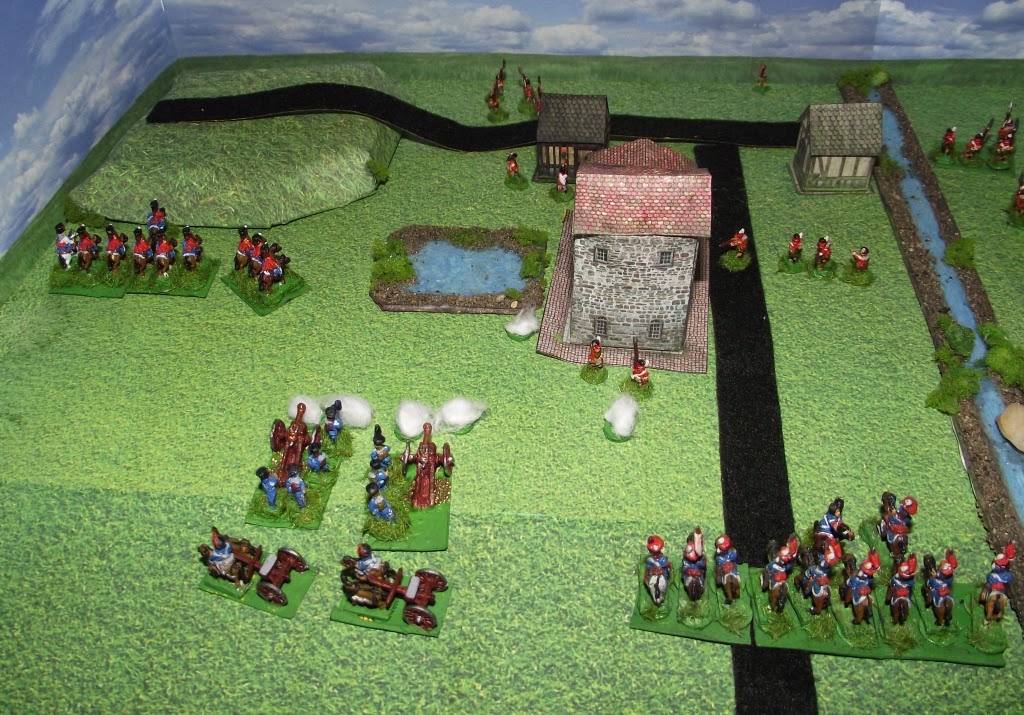 In next activation guns limbered and moved out of the Highlanders fire range. Hussars moved up hill, but could not reach required position. 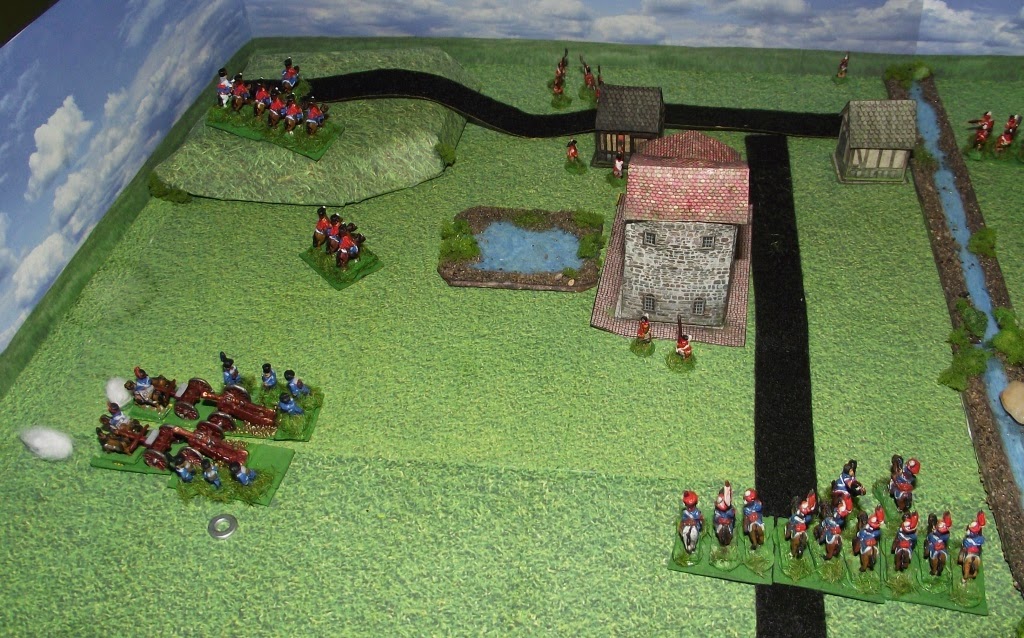 Hussars are finally able to scout section 3. The last PEF turns out to be unit of 6 independent skirmishers from 95th Rifles Rep 5.
Mission accomplished, time to go home. 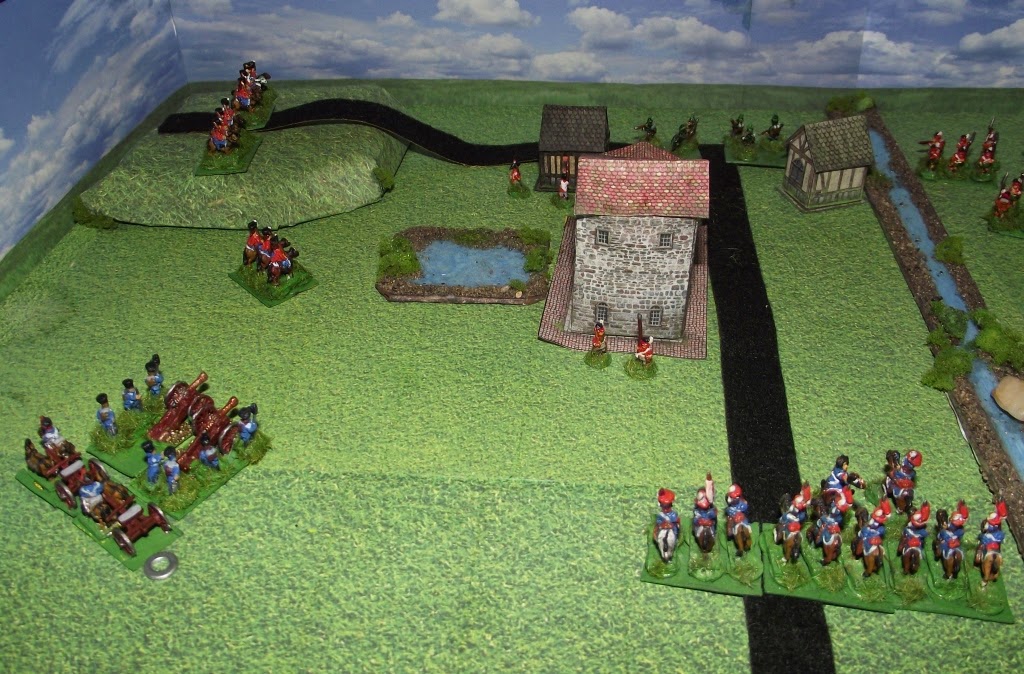 But British had something else in mind. They received reinforcements. Unit of Spanish guerrillas, accompanied by brigadier and a section of guns appeared on the worst possible place AGAIN.

Niegolewski knew that he can do little to help the hussars, so his lancers retreated from the table to report to superiors. Artillery also limbered and fast moved out, through my own board edge.
Separated section of the hussars changed facing and charged guerrillas, but charge failed, and section suffered 3 hits as result of guerrilla muskets (and all tests).
Main hussar body could not reach 2 inch from enemy, so they just moved.

British rifles were in range, so they started wounding my hussars. Luckily, officer was unharmed.
Guerrilla took their time to reload, and this was good news for my hussar section. Gun fired, but missed, and hussars passed Receive fire test with flying colors. 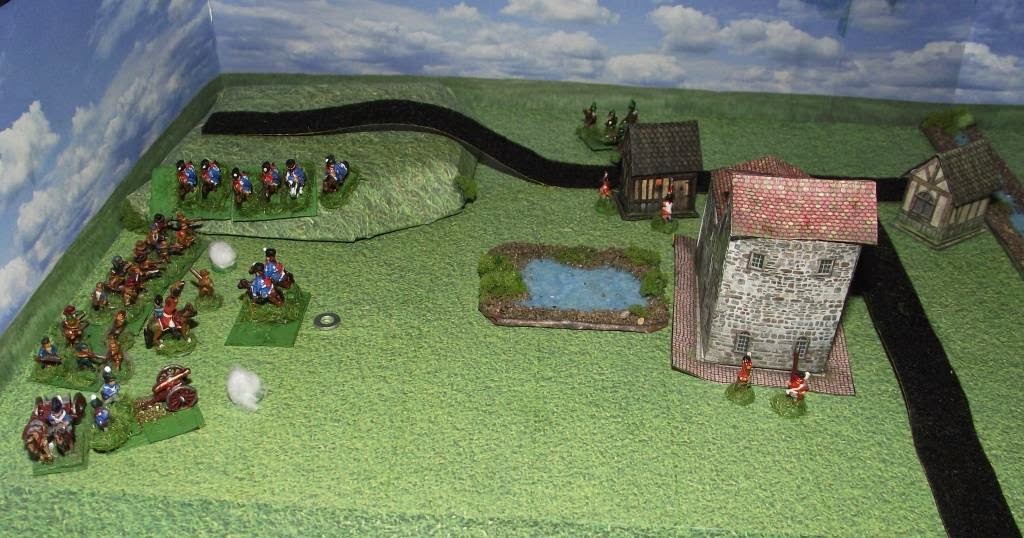 This allowed my bigger cavalry unit to flank guerrillas. Spaniards got afraid, so they run away, taking brigadier with them. Seeing the leader running, gun section also decided to retreat.

So, hussars reformed into one unit, and fast moved out of the reach of menacing rifles, and then out of the table through southern edge. 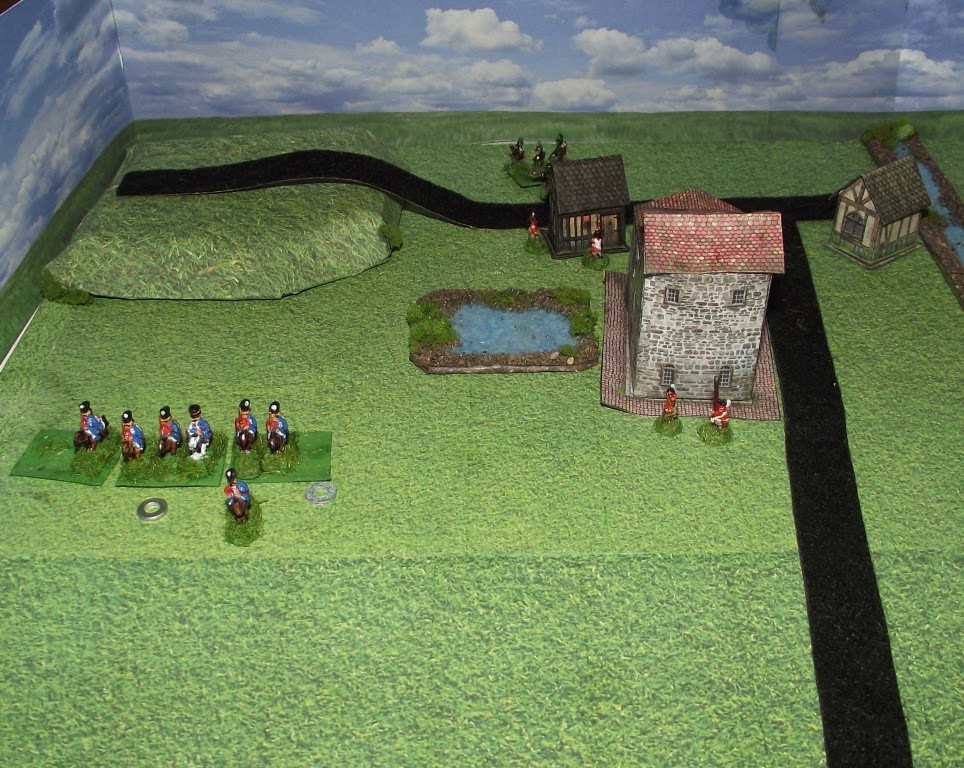 At the end, scouting was successful. My losses counted for 3 hussars dead and 2 wounded, and one dead and one wounded gunner.
I managed to accomplish my objective and to frighten British and their allays, although they walked away without bloodied nose this time.
Full scale attack of my troops is in order, but for that more preparation is needed (I have to paint at least one more French infantry brigade).
Posted by Aleksandar Šaranac at 11:15 AM