So far, I have played many “Chose your adventure” solo RPGs, and I hope to play many more, from Lone Wolf series available for free download at Project Aon web page, up to relatively recently published Chronicles of Arax.
But so far none of them offered as much fun as a game called Last Stand at Kirrinbahr, made by Mark Wightman.
This game was made in 2006, but I have discovered it just recently.
What made this game so special for me? Well, in order to play it, you have to draw a map of the castle you are walking through. And this map is the absolutely best part of the adventure. I had unbelievable fun while drawing it. 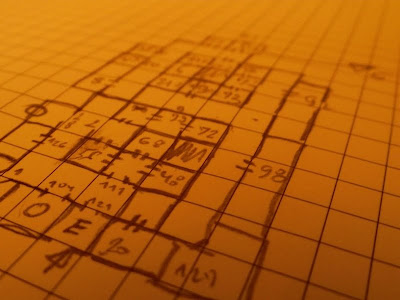 It reminded me of the old days of my youth, when I played textual adventures on my ZX Spectrum, and drew maps of the areas my character explored. And of later days, when I first entered the hobby during University years, when characters played by me and my friends often crawled through mazes and tunnels where every turn and fork had to be recorded on paper...
It also made me wander what happened with the necessity of the map drawing as one of the essential part of the PRG gaming? Was it completely eliminated by the use of tiles? I was not forced to draw a map in a RPG game for a long, long time… 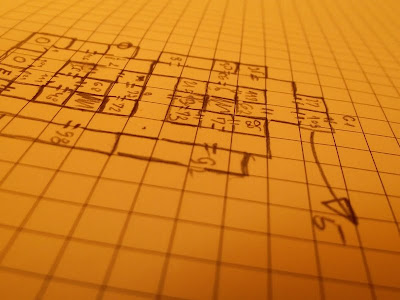 Last Stand at Karrinbahr is rather linear game, but I wonder why this idea was not used further…
This way I am almost tempted to use map making technique for designing Chose your Adventure games to make a game on my own, similar but more non-linear and combined with the advanced storytelling…
I will not have time to do it any time sooner, so I really wish someone else does it instead of me :)

PS. I have just learned about the game called DestinyQuest. Here is what the official web page says about it:

"Unlike an ordinary storybook, you don’t read DestinyQuest® by simply turning the pages and reading it from start to finish. Instead, you plan your own journey through the book using the maps.

Each map shows you the locations of all the different quests that your hero can take part in. To select a quest you simply turn to the corresponding numbered entry in the book and read on from there – returning to the map when you have finished."

Is this what I was looking for?
Anyway, this book enters my To be purchased list....
Posted by Aleksandar Šaranac at 10:34 PM