Holidays season means more free time, so I am using every moment my kid sleeps to play or paint.
So, I have sent my voltigeurs dinosaur hunting using Adventures in the Lost Lands rules.
Team consisted of captain (star) at the left with 2 soldiers, Sargent mending 3 pack horses that will carry the trophies from the hunt, and another NCO with 3 soldiers on the right.

Firtst try out, my team wondered into encounter rating 4 area. One PEF wondered into starting zone in second turn, and triggered In sight test. It turned to be T-Rex! Beast charged team to the right, which failed being charge test and run off the table. Star and horses followed voluntarily :) 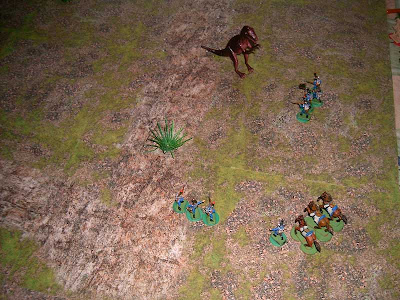 Captain took his men back after hour or two. T-Rex left, leaving area ER2, with 2 PEFs at the far end of the table. 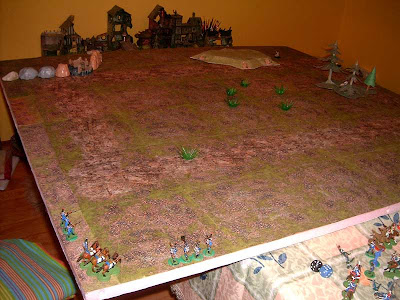 First PEF turned out to be nothing.... 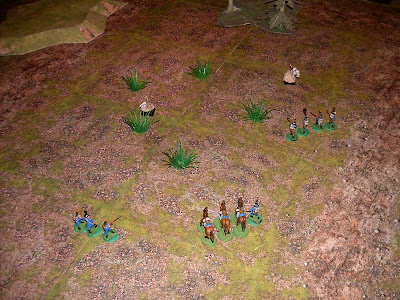 But something was definitely close! 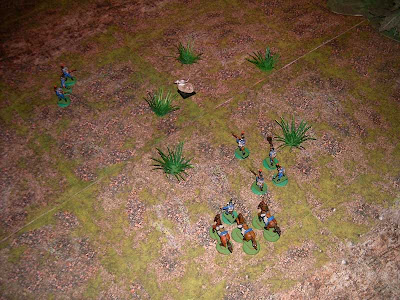 It was triceraptor chewing on high grass!
All soldiers fired, but only one bullet scratched the beast. Triceraptor didn't even notice the wound and continued eating. 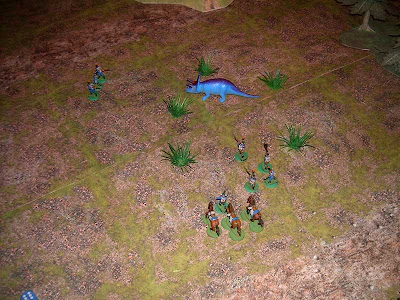 Second volley only scared a beast a little, causing no damage, but forcing it to move away from the hunters. 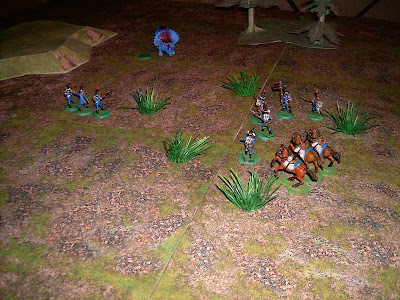 Third volley done the same, as well as forth, that scared dinosaur enough to run off the table, leaving area empty... No trophies this time.... Big dinosaurs are so hard to kill due to its thick hide... Hopefully next time we will run into something medium sized.... 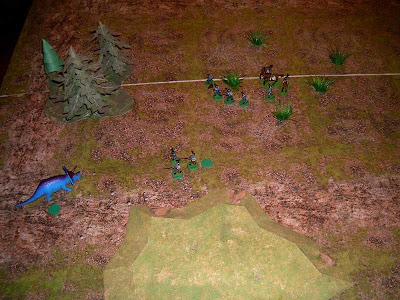 Posted by Aleksandar Šaranac at 5:58 PM